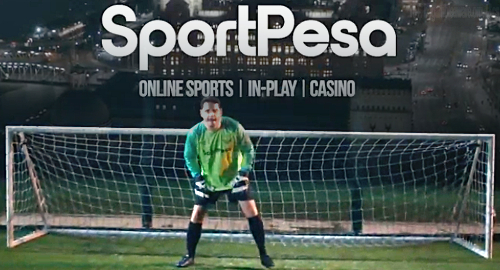 The 30-second spot, which was designed by CSM, features shots of ordinary joes rising to the occasion across a variety of sports. The images are accompanied by text from US President Theodore Roosevelt’s famous Citizenship in a Republic speech from 1910, which became more popularly known as ‘The Man in the Arena’.

The spot first aired on BT Sport during Saturday’s Premier League tilt between Arsenal and Liverpool, the latter city being where SportPesa shifted its UK market headquarters in 2017. That same year saw the operator sign the biggest shirt deal in Everton FC history, which added to SportPesa’s existing partnerships with Southhampton, Arsenal and Hull City.

SportPesa is also a major sponsor of Kenyan football, including the Kenyan Premier League’s Gor Mahia FC, which are scheduled to play a match against Everton in Liverpool’s Goodison Park on Tuesday (6). In 2016, SportPesa arranged for Hull City to travel to Kenya to play in front of the local sports-mad fans.

Interestingly, SportPesa’s new ad campaign comes not long after it received some reassurance regarding operations in its home market. In September, the Kenyan government approved a new 15% gambling tax rate, a welcome change from the 35% rate that took effect on January 1 and temporarily caused SportPesa to scrap its local sports sponsorship deals.

Given that it’s been over two years since SportPesa was licensed to operate in the UK, it appears the company may have been waiting until it had some fiscal certainty in its core market before splashing out on a big UK ad buy. And just in time, given the expectation of a major TV gambling advertising crackdown by UK authorities any day now.