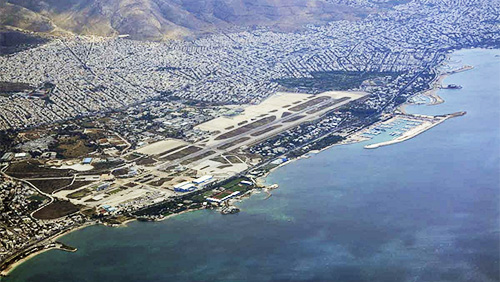 First there were six, now there are three. A planned casino in Elliniko, Greece initially drew interest from six casino operators, but there are now only three, and they’re all from the United States.

Las Vegas Sands and France’s Group Barriere, as well as a conglomeration of smaller investment enterprises, were once in the running for the casino, but now all that remain are Hard Rock Café, Caesars Entertainment and Mohegan Gaming and Entertainment, Ekathimerini reported. In the days that follow, there should be additional clarification on the casino concession and discussion who might ultimately end up with the permit.

The casino will be built on the site of the former Athens airport at Elliniko. Negotiations to determine the operator have taken more time than initially anticipated and the final decision will more than likely not be announced until next year. In fact, it could be delayed to the end of March or the beginning of April.

The Hellenic Gaming Commission (HGC), which grants casino licenses in Greece, began discussing the casino project with operators at the beginning of August. A property development company, Lamda, signed an agreement with Greece in 2014 to covert 620 hectares (approximately 1,532 acres) at the site of the former airport into an integrated resort, complete with luxury residences, hotels, casinos and a yachting marina.

At the time, the HGC stated that the project would be a “world-class integrated resort casino operation as an important part of Elliniko, a project destined to transform the wider area of Athens and improve the lives of millions of residents of and visitors to our capital city, as well as to enhance the Greek tourism product and become a growth engine for the Greek economy.”

Greece has been struggling to recover from a long-lasting financial recession that has spanned decades. It asked for a bailout from the European Union, which agreed, along with the European Central Bank and the International Monetary Fund, to give it $331 billion provided it worked on revitalizing its economy. The resort is expected boost the country’s gross domestic product by around 2.4% and could attract as many as a million additional international tourists each year.