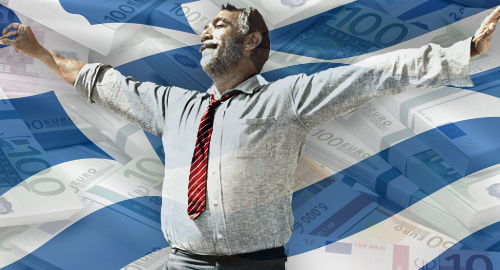 Greece’s online sports betting market is on track for a new revenue record in 2018, driven by bettors’ interest in this summer’s FIFA World Cup.

According to Greek media outlet Kathimerini, the 24 online gambling operators that currently hold ‘transitional’ local licenses generated total wagering turnover of €3.23b and revenue of €182.8m in the six months ending June 30.

The Ministry of Finance announced last month that the 24 online operators generated combined turnover of just under €5.3b and revenue of €280.6m in all of 2017, so the H1 2018 figures have set the market firmly on a record-shattering pace.

The report also claimed that GVC Holdings‘ Sportingbet brand had increased its Greek market share to nearly 20% in H1 from just 6% in 2017. At least some of this gain appears to have come at the expense of Diamond Link, the local partner of The Stars Group, which saw its market share fall seven points to just 3%.

The stellar H1 performance bodes well for the Greek government’s plan to finally – honestly, this time they mean it – allow those 24 operators to apply for ‘permanent’ online gambling licenses (actually five-year terms). That is, provided they’re willing to pay upfront fees of €4m just for the right to offer sports betting plus an additional €1m for adding other online gambling products.

The debt-laden Greek government will also demand 35% of operators’ gross gaming revenue in the form of taxes while punters will face a winnings tax that starts at 15% for anything over €100, rising to 20% for windfalls over €500. Operators who object to these terms have until October 5 to express their displeasure to absolutely no effect whatsoever, after which the licensing process can finally commence in earnest.