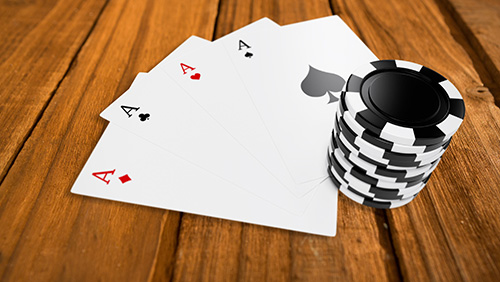 32Red and www.21.co.uk, operated by LeoVegas, were recently presented with complaints for supposedly having violated conditions established by the Advertising Standards Authority (ASA) of the UK. In a small amount of vindication, the ASA has now dismissed the complaints against both outfits.

The former had produced an ad that allegedly “portrayed gambling in a context of toughness.” The TV spot included a man wearing a tuxedo and playing blackjack while a heartbeat could be heard in the ad’s voiceover. Responding to the complaint, the company asserted that the ad was “produced to address the concerns raised in a previous upheld ruling on the same issue,” adding that it had removed several questionable items from the previous commercial.

It also stated that there were no attributes or physical actions that demonstrated physical or mental toughness and that suits and tuxedos are obligatory attire at some high-end casinos. Since the heartbeat sound was a normal rhythm, it showed that the individual was only experiencing a normal level of excitement.

The ASA agreed. It stated that the ad “did not portray gambling in a context of toughness and did not breach the code,” resulting in the complaint being denied.

A complaint lodged against 32Red asserted that a TV spot for the company’s “Ant and Dec’s Saturday Night Takeaway” online slot game was irresponsible. The complainant argued that it linked gambling with a TV show of the same name, which could be considered too appealing to those under 18 years of age.

32Red pointed out that Saturday Night Takeway has an audience that spans viewers of all ages and which doesn’t target teenagers. It pulled out audience data, called BARB data, to support its argument, which showed that the TV program, between 2017 and 2018, has had an average index of 90 and that no episode has ranked higher than 120. This, according to the BARB data guidelines, supports 32Red’s position.

The company also pointed out that the ages of Ant and Dec were evidence that “they were not associated with, and did not reflect, youth culture.” This conclusion has been supported by Clearcast, a non-governmental entity that signs off on most of the TV advertising seen in the UK.

Given the evidence, the ASA sided with 32Red and dismissed the complaint. Following the recent crackdown on gambling advertising in the UK, this is certainly not the last time some overzealous individuals will try to find fault where it doesn’t exist. The ASA has its work cut out for it.