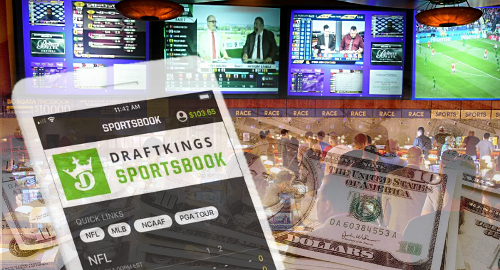 New Jersey’s sports betting handle effectively doubled from August to September, thanks to a new NFL season and a host of new operators launching their products.

Online betting handle came in just under $105m, while land-based betting at Atlantic City casinos and state racetracks added $79m. The online figure is five times August’s total, reflecting the seven online/mobile wagering options bettors had in September versus just one (DraftKings) for all but a few days in August.

Sports betting ‘revenue’ – into which the DGE bundles pending wagers that have yet to be decided – totaled just under $24m, compared with $9.2m in August. September’s actual revenue from ‘industry completed events’ totaled $18.8m, which still amounts to nearly three-quarters of total ‘completed’ betting revenue since the state began its legal betting market in mid-June.

Resorts Digital and its DraftKings partner led the individual sports betting revenue tallies with $8.5m (plus $280k from Resorts land-based book), speaking volumes about the benefits of being first-to-market. The Meadowlands racetrack, which has partnered with DK’s rival FanDuel, ranked second with $7.2m.

The figures lived up to DGE director David Rebuck’s tease at this week’s Global Gaming Expo confab in Las Vegas, where he claimed that September’s betting figures would be “stunning,” clarifying that he meant that term in a positive sense.

Friday also brought word that Hard Rock International (HRI) had signed a letter of intent with Gaming Innovation Group (GiG) to provide its Hard Rock Alantic City casino with an omni-channel sportsbook platform. The new betting platform is expected to launch before the year is through.

HRI hooked up with GiG back in February and GiG launched an online casino for the Hard Rock Atlantic City in June. The casino has already struck betting ‘skin’ deals with European operators Bet365 and Kindred Group, so the launch of its own branded betting operation exhausts the casino’s limit of three online betting skins.