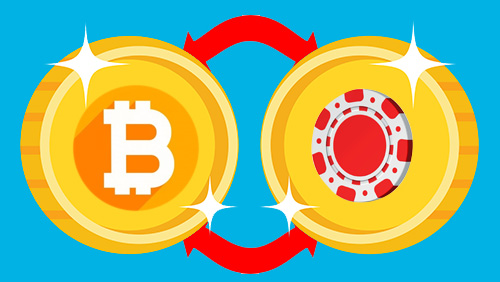 To the chagrin of traditional finance pundits, cryptocurrency is gaining favor. This is especially notable on a number of online poker sites, including the Winning Poker Network (WPN). According to WPN Affiliates spokesman Brian Harris, the WPN is seeing as much as 60% of its payments come through cryptocurrencies.

Harris stated, “WPN processed its first Bitcoin [BTC] transaction in 2015 and now accepts over 60 different cryptocurrencies for deposits and withdrawals. Despite accounting for just 2% of business in the first year, cryptos now represent 60% of all transactions across the network.”

Cryptocurrency payments are gaining popularity because their better—and cheaper. Harris points out that “compared to traditional banking methods which cost 13% on average to process, cryptocurrencies cost sites just 2%.”

WPN recently introduced six new Short-Deck Hold’em games, which it offers using the alternative name of “6-Plus,” to the platforms. They come following the success of the version among poker high rollers and were officially launched on September 10.

Given the fact that the WPN has seen such a substantial increase in payments through cryptocurrencies, it stands to reason that other poker portals could follow their lead. This has serious, and positive, implications for the future of cryptocurrencies and shows that the crypto ecosystem is not only improving, but that it’s gaining favor, as well.

WPN is in the process of cleaning up its image and is focusing on becoming a trendsetter in the industry. As poker spreads throughout the world and player pooling becomes more mainstream, the market is becoming more competitive and operators have to try harder to maintain their piece. The 6-Plus variation was introduced as a way to attract new players and is currently offered as a cash game option. Eventually, the site plans on offering the variation as a tournament option.

The push is on for a stronger marriage between crypto and virtually everything. Poker and crypto have always seemed to be a perfect match and the recent upswing in payments as shown by the WPN is a strong indication of where things are headed. Even the World Poker Tour has now gotten on board, somewhat, having just announced that it has partnered with FansUnite, a blockchain-based sports gambling startup.