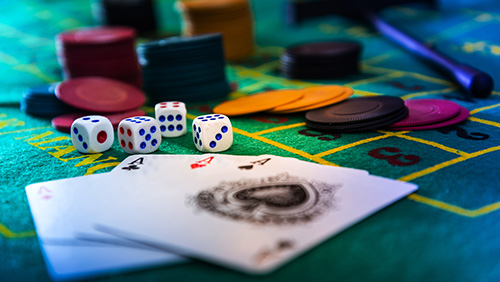 A massive sweep of gambling activities in India has led to 500 poker rooms in Bengaluru, Karnataka, being shut down. The Bangalore Mirror media outlet first reported on the police action, which started at the beginning of October. So far, 10,000 people could be out of jobs, according to the report. The move was an attempt by police to bring a halt to illegal activity within the capital city.

The raids didn’t occur due to illegal games taking place in the establishments. Commission of Police Alok Kumar indicated to the media outlet that it was, rather, an attempt to thwart criminal activity and brawls that have become synonymous with the games.

Poker wasn’t identified as the main reason for the action. In fact, the police have taken their cue from the Karnataka High Court, which believes that poker is a game of skill. That decision came following successful arguments led by the Indian Poker Association, which had petitioned the courts to identify poker as a game of skill.

The high court’s decision, while not considered law, paved the way for poker to become acceptable in the region. However, many argue that the poker clubs have become nothing more than havens for criminal gangs. This has been countered by a number of club owners, who questioned why only certain clubs were targeted. According to one club owner, “We only conduct Rummy games and no Teen Patti or Andar-Bahar games are conducted in the clubs. Rummy games are played by the members at all the big clubs like Bowring Institute and Bangalore Club too. Why target only our clubs.”

The police were quick to respond, stating, “The big recreational clubs have all the sports and leisure facilities, including swimming pools and they are all following the rules and regulations and that’s the reason we have not initiated action against them.”

The legalities of poker in India have led to a substantial divide. Some regions have ruled—rightfully—that poker is a game of skill, while other, less-informed individuals, like some in Gujarat, continue to argue that it is nothing more than a game of chance.