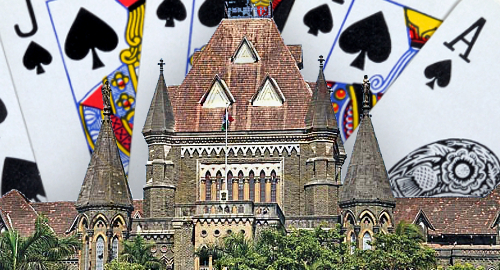 A court in India has ruled that poker is a game of chance that involves no skill whatsoever, dealing a major blow to efforts at expanding legal poker’s reach in the Asian subcontinent.

On Friday, a division bench of the Bombay High Court refused to torpedo a police complaint against Nasir Patel, head of operations for Spartan Poker. Patel had been hit with numerous charges under the Maharashtra Prevention of Gambling Act for hosting a poker game for 29 individuals in a private apartment in Mumbai in 2016.

Patel petitioned the court to scrub the charges, arguing that the poker activity was taking place in a private residence among friends, and wasn’t being played for money or any other stakes than bragging rights. Patel also argued that poker, as a recognized game of skill, was exempt from the chance-based Maharashtra gambling laws.

Bollocks, said Bombay Justices RM Sawant and Sarang Kotwal, according to DNA India. Their exact retort couldn’t have been more unequivocal: “We have perused the description of the game, we find that it is not a game of skill but of pure chance. Prima facie we find that a case under the gambling act has been made out.”

Clearly having never actually played poker themselves, the Justices attempted to support their ruling through impossibly facile observations: “How can poker be a game of skill? You simply get the cards and open it, and if chance be, you will win.”

This is the latest legal setback for India’s poker supporters, who have relied on High Court rulings in Karnataka and Kolkata to push for further legal acceptance in other states. But the Gujarat High Court slapped poker back last December, while the state of Telangana amended its gambling laws last November to delete exemptions afforded to games of skill.

India’s online poker market is set to get a major boost on April 17 when The Stars Group’s flagship PokerStars brand launches a poker site specifically for the Indian market. The site, a partnership with local lottery operator Sugal and Damani Group’s Sachiko Gaming Pvt. Ltd, will be ring-fenced to offer real-money games only in those states where such activity has been deemed acceptable under local laws. Barring a legal appeal, it appears that you can scratch Maharashtra off that list.