Home / Poker / Online poker sites in India tread boldly, but are they headed for a fall? 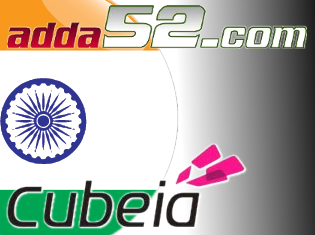 One of the informal traditions of India’s Diwali ‘festival of lights’ celebration is the playing of card games like rummy or ‘teen patti,’ often for money or other valuables. Indian police have traditionally turned a blind eye toward such activity if it’s confined to private homes and the house isn’t taking a cut of the proceeds, yet they continue to wage war on gambling that goes on in clubs or other publicly accessible venues. But a recent court ruling has reignited the debate as to whether games such as rummy or poker – in which a player’s skill is deemed to have more impact of the outcome than blind luck – are exempt from laws prohibiting gambling.

Last month, the High Court in the southwestern state of Karnataka considered petitions brought by the Indian Poker Association (IPA) protesting police actions against two clubs hosting live poker games this July. The IPA argued that the clubs not only had the right to host such events given poker’s skill component, but that the clubs had obtained NOCs (No Objection Certificates) from the police ahead of time. The police countered that the clubs’ promotion of such events fell afoul of the law.

The Bangalore Mirror reported that Justice AS Bopanna handed down a decision on Oct. 8 stating that the clubs were “entitled to conduct such games … if played as a game of skill.” The IPA celebrated the ruling, noting that the only two Indian states in which wagering on skill games is expressly prohibited are Assam and Odisha. However, a similar opinion issued in 2011 by a Madras High Court judge on rummy’s alleged skill component was overturned six months later, so the issue is likely far from settled.

CUBEIA BRINGS THE THRILL OF ONLINE POKER TO INDIA
This legal uncertainty hasn’t stopped Swedish software firm Cubeia from teaming up with New Delhi company Mirch Entertainment to launch a real-money online poker site serving Indian players. Cubeia, mainly known for its Firebase multiplayer online game server platform, says the first site to launch on the Cubeia Poker network will be Thrill Poker, which is expected to make its debut any day now. Cubeia claims its HTML5-powered system will also work on most mobile devices.

Mirch director Aditya Oberoi insisted that while he looks forward to the day when online poker is officially regulated by the state, “until then, we will operate well within the existing frameworks that apply.” Gambling Law In India quoted Oberoi saying that in the absence of specific online poker regulations, Thrill Poker would “function within the regulatory guidelines of taxation on gaming in the country.”

Cubeia executive VP Lars Nilsson told eGaming Review that Thrill Poker’s operators had “worked extensively with tax authorities in India to ensure that everything we do is within the legal framework of taxation” and that the network would be “using Indian banks and Indian payment providers, all of whom are regulated by the Reserve Bank of India.”

ADDA52: INTERNATIONAL GIANT KILLER
Perhaps feeling overshadowed, Adda52.com, a Gaussian Networks Pvt. Ltd.-owned site claiming to be the first to provide online poker cash games in India, has revamped its offering in what it says is “an endeavor to go international and take on the poker giants of the world.” For the moment, Adda52 only accepts Indian credit/debit cards, but the company hopes to soon be able to offer international players more options to fund their accounts so they can play something other than just free-play games. Adda52 sees no ambiguity in current Indian law, proudly proclaiming that its games – which also include rummy, chess, bridge and tic tac toe – are “completely legal in India.” Famous last words?