Home / Poker / PokerStars to launch in India Apr 17; will less skilful games be on the menu? 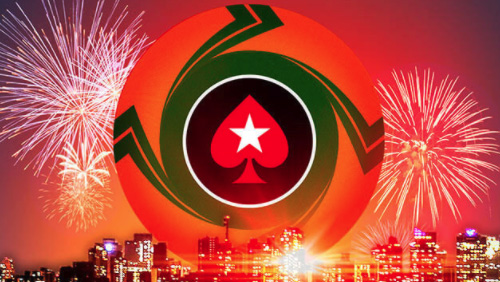 PokerStars India will open their cyber doors on April 17, but is there a place for the likes of Spin & Go in a part of the world where the word ‘skill’ seems to occupy every sentence that contains the word ‘poker’.

It’s time for the Indian poker community to hide the old Pirelli Calendar that hangs in the mess room, kick the unclean cups under the sofa, and flush the chain.

PokerStars is heading their way.

The rose in the world’s overgrown online poker thornbush is about to bloom underneath the Indian sun, and we know the date.

According to an official press release, PokerStars.In opens for business on April 17. The partnership between the Indian lottery powerhouse Sugal & Damani Group and the Stars Group Inc have given birth to the next stage in PokerStars global growth campaign.

1.3 billion souls are living in India. Not all of them will gain instant access to PokerStars’ full arsenal. Only those living in the Indian States that have legislation in place that permits real money wagering on online poker rooms get to have a fondle. The Indian gambling new site GLaws states that PokerStars will host an Rs. 10 lakhs freeroll on 22nd April 2018.

PokerStars’ players living in India will be able to play on PokerStars using both desktop and mobile versions. PokerStars has also confirmed plans to roll out localised versions of the classics such as the Sunday Million and World Championship of Online Poker (WCOOP).

There isn’t a definitive list of game types or variants but you can bet No-Limit Hold’em and Omaha games will take up the primary focus. Gambling will take place using Indian rupees.

In case you weren’t aware, the reason some states DON’T have a fully regulated and licensed online poker regime in place is because most people believe piling three barrels of pure air into your opponent’s guts is no different than pressing the ‘Spin’ wheel three times on a slot machine.

Anyone interested in setting up shop in India has a vested interest in promoting poker as a game of skill, and PokerStars is no different. The press release contained the word ‘skill’ six-times (just in case the legal eagles missed it the first time around).

What intrigues me the most is on a broader scale PokerStars has been moving further away from a skill-game focus to appeal to more and more recreational poker players who want more bang for their buck.

Does this mean that for PokerStars.In to be a success, some of these variants (such as Spin & Go) may be off the menu, until the Indian authorities wake up and realise that the world will not end if someone loses their wages moving all-in with pocket aces against pocket deuces?