Home / Casino / Albania orders casinos, betting shops to get out of town 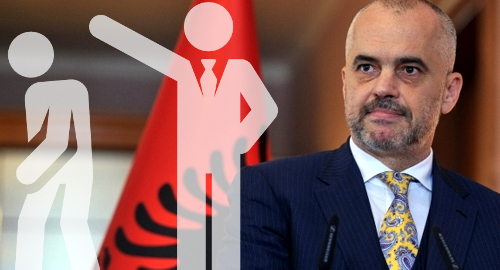 Albania plans to shift all casinos and betting shops out of its residential areas, while vowing “a new regime” is ahead for online gambling operators.

On Tuesday, Albanian Prime Minister Edi Rama held a news conference at which he announced that all gambling venues, be they casinos, slots parlors or sports and race betting shops, will be forced out of residential areas and onto the outskirts of towns and cities effective December 31.

Rama (pictured) also warned broadcasters and other media outlets to remove all gambling advertising within 24 hours or face serious consequences, including having their operations “closed by force.” Local media quoted Rama claiming that, despite Albanian law being clear on the illegality of gambling advertising, “this law has been violated by all media without exception.”

Effective Tuesday, the government has also suspended the activities of the nation’s Gambling Commission until December 31, apparently in order to prepare a “new regime” that will “license and control gambling activity remotely through the internet.”

Rama failed to provide specifics on what this new online regime might entail, although he made it clear that Albania doesn’t intend to issue any new licenses for any gambling products. (That includes the loss-making state lottery, which had hoped to add video lottery terminals to its gaming palette.)

For the record, Rama has made such threats before. Way back in 2013, Rama promised legislation was on the way to prevent internationally licensed online gambling operators from accepting action from Albanian punters. Three years later, the Gambling Commission was granted powers to block unauthorized gambling domains, aka all of them.

Rama has also long complained that local gambling operators weren’t contributing their fair share of taxes to the government. However, Rama noted Tuesday that despite the number of casinos falling by half since 2013, the government’s gambling tax take has risen from €32m to €47m over the same span.

In addition to its 20 casinos and national lottery, Albania currently has an estimated 3,000 betting shops along with some 2,200 electronic gambling machines registered in the country.

Earlier this year, Albania’s President Ilir Meta vetoed a proposed tax reduction for local gambling operators – from 15% of sales to 15% of gross earnings – only to see this veto overturned through the votes of the necessary number of parliamentarians. The new tax is set to take effect when the calendar changes to 2019.