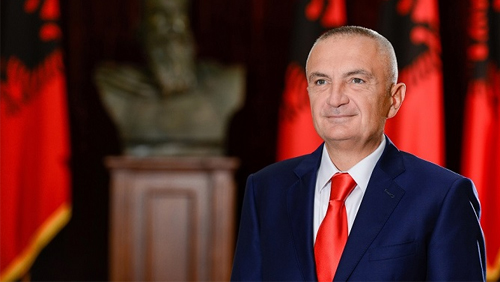 Albanian President Ilir Meta threw out a bill seeking to lower gambling taxes earlier this week, saying the proposal would do more harm than good to the country’s economy.

Tirana Times reported that Meta vetoed the latest gambling tax measure that could have significantly reduced the tax burden on gambling operators. Instead of taxing the usual turnover, the Socialist party-backed measure sought to impose at 15 percent tax on gambling operators’ gross earnings—essentially the amount left after winnings were paid out to players.

The bill defines gross earnings as the amount remaining after winnings are paid out to gamblers.

The Austrian Lottery would have been the biggest winner if Meta approved the latest gambling tax bill. The company, which has been operating Albania’s loss-making National Lottery since 2013, is levied with a 10 percent tax on turnover. But under the proposed unified tax rate for the gambling industry, the 10 percent turnover tax burden of The Austrian Lottery will be reduced to 15 percent tax on gross earnings as well.

Meta, however, saw the proposed gambling tax as a burden to both the state budget and household economy. He said the measure would only benefit gambling businesses, and that it’s counter-productive to the government’s goal of discouraging gambling activities in the country. The Albanian president reminded the Finance Ministry that the government also made several measures to shield the public against gambling, such as the initiative to move casinos to suburban or tourist areas.

“The gambling business model does not produce added value for the society, on the contrary the expansion of this industry brings potential risk that impoverish Albanian households and cause social drama,” Meta said in a statement, according to the news outlet.

More importantly, the Albanian president believes that an easier tax regime for the gambling industry will have a negative effect not only on the state budget but also to the country’s economy.

The gambling sector in Albania continued to thrive despite the implementation of several anti-gambling measures. Data showed that Albanians reportedly spent a record ALL16.6 billion ($153.62 million) in gambling in 2017, up 10 percent year-on-year.

Meanwhile, Albania’s Supreme State Audit reported that the government has failed to collect around ALL50 billion ($459.51 million) in income from casino and gambling operators during the 2014-2016 period.

Albania orders casinos, betting shops to get out of town
Peter Amsel
9 October 2018
.