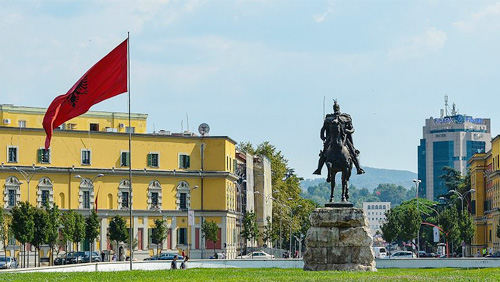 Toward the end of last month, Albania’s Parliament agreed on a number of changes to the gambling landscape in the country. The vote was kind of lopsided, as only the Socialist Party took part

in the process, while opposition members boycotted the session. The result was a 75-0 result in favor of the new regulations, which were then sent to the country’s president, Ilir Meta, for his approval. He has now put pen to paper and signed off on the sweeping changes.

The new laws will take effect as of January 1 next year. They were led by Albanian Prime Minister Edi Rama in an effort to crack down on virtually every form of gambling. Casinos have already been moved out of the cities and sports gambling will now be prohibited in residential areas, as will sportsbooks, slot machine parlors and all forms of online gambling.

Gambling advertising was also targeted by the legislation. Although already prohibited under previous laws, enforcement has been lax. With the signing of the legislation by the Prime Minister and the President, those laws will now be strictly enforced.

Rama has called the gambling industry an “evil, entrenched deep into our society.” It will be interesting to see how “strictly enforced” the new laws will be – Rama’s brother is part owner of a sports gambling company, which is said to be one of the most aggressive in the country.

The ban came about from “experts” in the country who have asserted that gambling addiction was an issue and that domestic violence and divorces were directly tied to gambling. The ban is meant to be a crackdown on the negative social image associated with wagering.

However, as “sweeping” as the ban is, it doesn’t cover everything. Televised bingo games and the national lottery will continue to operate. Many have asserted that the ban was nothing more than a method of creating a gambling monopoly in the country, allowing the state to reap all the benefits.

Albania is one of the poorest countries in Europe. Despite this status, some reports indicate that Albanians fork over as much as $150 million annually for gambling activities.