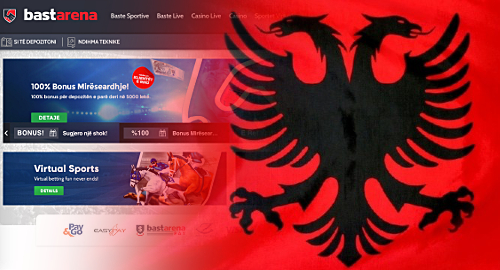 Albania’s government has (somewhat) clarified its plans to restrict the country’s land-based and online gambling operations.

Earlier this month, Albanian Prime Minister Edi Rama informed the media that all gambling venues – be they casinos, slots halls or the country’s thousands of betting shops – would have to relocate to the outskirts of towns and cities by December 31 or face the government’s wrath.

Rama further declared that the nation’s Gambling Commission would be shut down until the new year, to allow for the introduction of a “new regime” that would “license and control gambling activity remotely through the internet.”

But confusion set in almost immediately following Rama’s announcements, particularly regarding the fate of online gambling. On October 4, Rama had tweeted that “gambling and this online monopoly will both die on New Year’s Eve.” On October 16, Rama told a local TV station that “there will be permission for online [gambling] that will be in a second phase” following the January 1 shutdown.

On October 18, the Tirana Times said the government was mulling “the possibility of treating sports betting and betting on races as a state monopoly and allow their operation by specially set up state structures.”

On October 19, local media outlet Exit quoted Rama telling parliament that “the ‘online’ part of [the gambling revamp] is very complex, as other countries show, and that we will reach a well-studied conclusion on which we can have a further discussion later on.”

On Tuesday, Balkan Insight reported that Albania’s Parliamentary Commission on the Economy had approved the proposed legislation to ban retail gambling outlets while adding a clause that will ensure the closure of the nation’s monopoly online betting business. Parliament is expected to vote on the legislation by next Thursday.

KEEP IT IN THE FAMILY?
The online closure clause was reportedly inserted after opposition parties accused the government of using the pretext of protecting consumers to bolster the business of its monopoly online provider (which in reality had plenty of unauthorized online competition). An outraged Rama called such claims “a defamation.”

Defamatory or not, these claims were publicly echoed by none other than Sali Berisha, who held Albania’s PM post until 2013. Berisha told a local TV station that PM Rama’s plan “was to demolish these shops and leave the monopoly to his brother. We know that [online betting operator] BastArena belongs to Olsi Rama, Gaz Rama and to another person.”

Rama’s original announcement this month ordered all local media outlets to observe the existing prohibition of gambling advertising, a law that Rama claimed “has been violated by all media without exception.”

Some Albanian social media users were quick to point out that BastArena was among the companies that were actively promoting their wares to Albanians, including on the sides of buses that roam city streets.

BETTING OPERATORS PROPOSE SOLUTION AND/OR LEGAL ACTION
On Monday, Artan Shyti, head of the Association of Sports Betting Societies, went public with a series of alternative proposals to a blanket ban on retail betting. These include a voluntary 50% reduction in the number of betting shops, the introduction of problem gambling safeguards and allowing the government to monitor online betting activity to ensure the state earns its fair share of the proceeds.

Shyti warned that the government’s existing proposals could threaten the livelihoods of “at least 8,000” Albanians employed by the betting industry. Shyti urged the government to engage in a constructive dialogue with the industry but didn’t rule out legal action if the government proves unwilling to talk.