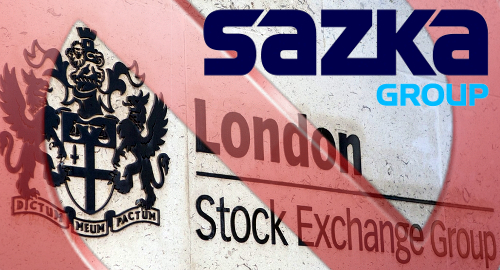 Czech lottery and betting operator Sazka Group has scrapped plans to list its shares on the London exchange, citing the “volatile market environment.”

On Thursday, the Press Association reported that Sazka had put its UK floatation plans “on hold for the time being due to a number of uncertainties,” according to a company statement. The company said it could revive its UK plans “once market conditions have improved” and “greater clarity” was shone on these unspecified uncertainties.

Last year, Sazka hired a number of high-profile brokerages to prep its UK initial public offering, reportedly spurred by the company’s intention of competing for the UK National Lottery license currently held by Camelot when it expires in 2023.

Sazka has a significant lottery, betting and casino presence in Austria, Croatia, Cyprus, the Czech Republic, Greece and Italy. Sazka reported revenue of €297m (+8%) in the first quarter of 2018, while operating earnings improved 15.5% to €127m and after-tax profits rose more than one-quarter to €64m.

This summer, Sazka’s attempt to appoint all 12 directors of Casinos Austria was blocked by the casino company’s minority shareholders, Novomatic Group and Austrian state-owned firm ÖBIB. Sazka holds the largest share (38%) in Casinos Austria, and recently announced plans to sue Novomatic after it insisted that Sazka be limited to appointing only five Casinos Austria directors.

In September, Sazka appointed Tony Khatskevich as the company’s new chief technology officer. Khatskevich, who previously worked for online gambling tech provider Playtech in Estonia, said his mandate is to “keep the architecture of the gaming platforms up to date as well as evaluate several distinctive models as technology evolves.”