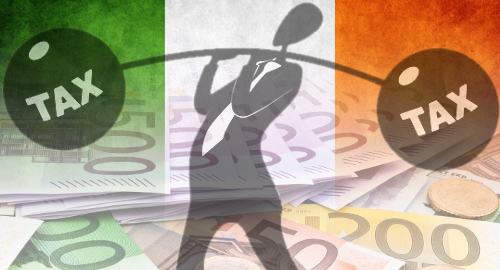 The Republic of Ireland is reportedly making good on its threats to double gambling taxes as the government attempts to balance its financial books.

On Tuesday, the Irish Examiner reported that Ireland’s government would hike gambling taxes from their current rate of 1% of betting turnover to 2% when Finance Minister Paschal Donohoe unveils the nation’s fiscal plan for 2019 on Tuesday, October 9.

Gambling taxes are an admittedly tiny portion of the estimated €3.4b budget, but the hike is expected to realize an additional €50m per year for the government’s coffers, some of which will be directed to funding programs to mitigate problem gambling behavior. A cut will likely also be diverted to the nation’s perpetually cash-hungry racing industry.

While the government’s budget will be subject to further debate by legislators, the proposed tax hike represents a victory for the four members of the Independent Alliance, whose votes are key to ensuring the continued survival of the minority government led by Fine Gael.

The Alliance pushed for the gambling tax to be doubled during its budget negotiations with the government in July, and demanded that the extra revenue to be channeled toward problem gambling treatment.

Looking on the bright side, the proposed tax hike is less than the 2.5% rate sought by Horse Racing Ireland last year. It’s unknown whether the government also plans to amend its taxation of betting exchanges, which currently pay 15% on their commissions from Irish punters. Ireland introduced its current online betting tax in 2015 as part of a broader reform of its gambling sector.

Last month, the Irish Bookmakers Association (IBA) noted that the nation’s complement of betting shops had already dwindled from over 1,300 a decade ago to just 800 today, and warned that increased taxation would hit independent bookmakers hard, leading to further shop closures and job losses.