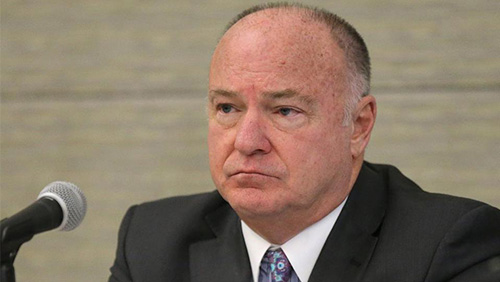 Less than a week after the chairman of the Massachusetts Gaming Commission (MGC) called it quits, the MGC has found a replacement, at least for now. Stephen Crosby, who resigned last Wednesday, will be replaced by new interim chairman Gayle Cameron.

Cameron, a commissioner for the MGC, was selected by the three other members of the commission. She was a former deputy superintendent with the New Jersey State Police and has served as a commissioner since 2012. While with the police department, she reportedly led the department’s investigations branch, which was tasked with oversight of casino regulatory issues, among other responsibilities.

Crosby resigned over allegations that he was showing bias and prejudice regarding Wynn Resorts and its future in the Encore Boston Harbor project, previously known as the Wynn Encore Boston Harbor. “Wynn” was dropped due to the ongoing sexual misconduct scandal surrounding the company’s founder and former CEO, Steve Wynn.

Mohegan Gaming and Entertainment, a casino operator who lost the Massachusetts license bidding war to Wynn Resorts, accused Crosby of prejudging an inquiry against Wynn Resorts that was led by the MGC. Crosby was also served a letter by Steve Wynn’s lawyer, demanding that he retract what the lawyer called “false and defamatory statements” directed at the embattled former casino executive.

Crosby led the MGC since 2012. He has rejected all of the bias claims that have been publicized, but said that he was resigning in order to not be an obstacle to the commission’s investigation. He said, “There has never been a shred of truth or accuracy to any charge of bias, favoritism, corrupt practice, ethics violations, or prejudgment in my execution of this job.”

Crosby added, “I simply cannot let my involvement in these critical deliberations be used by others to hamper the commission’s ability to do its work, or to undermine the confidence of the public in that work.”

The MGC has been investigating Wynn Resorts to determine whether or not the company should be allowed to hold a gaming license in the state due to the ongoing public scrutiny of Steve Wynn. That investigation is said to be drawing to a close and MGC is expected to issue its decision in the near future.