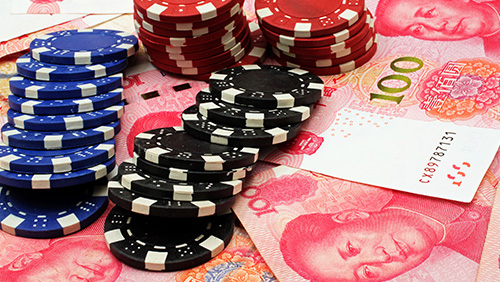 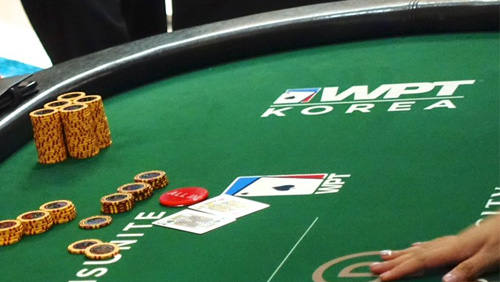 Imagine fighting in, and surviving two World Wars, only to be handed the task of leading four woefully light and untrained divisions against 75,000 advancing North Koreans in the Korean War.

You manage to get out of that jam, alive; pin a few medals on your chest, and then while out experiencing a leisurely drive in your jeep a South Korean weapons carrier swerves out of lane sending you to your death.

That’s what happened to Walton Walker, and I know this because, during a recent visit to Seoul in South Korea, my wife’s uncle drove me to the Hotel Grand Walkerhill promising the most majestic view of the city, only to be foiled by barricades preventing access by road vehicle.

I did get to see Paradise Casino; hanging onto the side of this salubrious palace winking its eye at the passing Koreans unable to play because the government fears their citizens may turn into goblins, ghouls and gorgons if they were to spin the roulette wheel just once.

And that’s where the World Poker Tour (WPT) has been hanging out this past week. To host an event where the locals are forbidden to enter, and a US military man has a hotel named after him.

Let’s find out what happened:

The event that fell under the WPTDeepStacks umbrella attracted 283 entrants and a $245,486 prize pool. The final table included players hailing from Japan, Norway, Canada and New Zealand, with the winner coming from Belarus.

Valeriy Pak defeated Tsugunari Toma in heads-up action that began with only 11 big blinds separating the pair. Pak’s A5 eventually beat the KQ of his opponent to bank the win.

It was Pak’s ninth career ITM finish, and his third win, albeit none of his previous successes, fell within earshot of this type of loud sound. In 2016, he beat 47 entrants to win a $165 Pot-Limit Omaha (PLO) event in Belarus for $2,315, and then earlier in the summer, beat 64 entrants to win a side event at the Asian Poker Tour (APT) in Incheon for $5,741, a score that remained his most significant to date until his victory at WalkerHill.

Shifting from Korea to Macau, and all eight of the final table incumbents in the HKD 16,500 (USD 2,100) buy-in Main Event at the Poker King Cup hailed from China, with Wei Ran Pu emerging victorious from a field of 518 entrants.

Pu came into the final table third in chips, eliminated five players including Jian Dong Yu in a heads-up which he began with a 3:1 chip lead and was all over after ten hands.

Finally, The Abacus has reported that the Chinese government has banned Twitch.

The politicians made the call after Amazon’s live video streaming service became the focal point for coverage of the esports events taking place during the Asian Games in Jakarta, Indonesia, a move that saw Twitch move to #3 in the Chinese App Store.

Not a fan of ‘anything’ Western, China pulled the plug, in the same manner as they did with YouTube, Twitch and Facebook. The news will annoy the hell out of Chinese Twitch viewers, but it seems their interest in the platform that entertains 15 million daily users, isn’t a big deal in China with Douyu, YY and Huya dominating the live streaming space.