Home / Poker / Why Twitch Streamers Are The Future of Poker Commentary 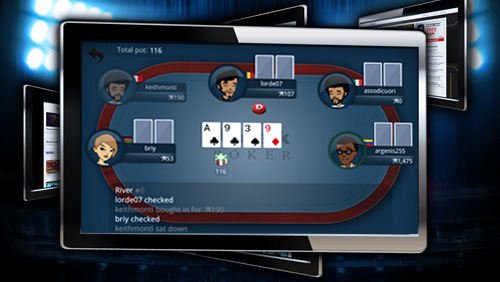 In the wake of criticism of the commentary at the final table of the World Series of Poker Main Event, Lee Davy delivers his reasons why he believes the future of poker commentary lies with the Twitch streamers.

Once again the televised coverage of the 2016 World Series of Poker (WSOP) Main Event showed the challenges that poker faces when it comes to promoting the game as a sport worthy of broadcast time.

I read through social media on the night. I heard the professional poker players tweeting that it was the greatest WSOP Main Event final table in recent memory. But my thoughts kept coming back to the same thing.

What does the armchair poker fan think of all this?

What other sport in the world makes us want to turn the action OFF and go to sleep as it moves towards the business end of the event? Would you switch the NBA Finals off with three minutes remaining? If you are watching a good football match how often do you want it to end? And yet in poker, when we reach heads-up, when the serious money is on the line, we reach for the OFF switch.

This seemingly unsolvable problem, unless you completely alter the fundamental building blocks of poker, or create a rapid fire shot clock, means that the burden of entertaining poker’s presence of the future rests with the commentators. And as I saw tweet after tweet critiquing the November Nine’s play, I also saw numerous criticising the commentator’s input.

So is it a time for a change?

Before answering that question, let’s look at the qualities I believe every poker commentator must have to keep us hooked.

10 Essential Qualities For a Poker Commentator

Nobody has won more money playing at the WSOP than the $21.5m Antonio Esfandiari has taken from the felt in recent times. But this doesn’t mean he is the greatest player, or has the soundest technical knowledge of the game.

But does he need to understand every page of Bill Chen’s The Mathematics of Poker?

For every professional poker player, Esfandiari’s love of the c-bet rubs the wrong way there are one hundred average poker players who are loving The Magician’s every word.

Game theory is essential, but you don’t need to be Phil Galfond.

A commentator needs to have the ability to generate emotion through the tone of their voice, or their physical reactions if captured on video. If you replay any great sporting moment with the volume turned down then, you lose something magical. It’s the person conveying the action orally that creates the goosebumps. The ability to generate emotional intensity is paramount in poker because for long stretches of the game it’s boring.

4. An Understanding of Your Audience

Who is your audience?

If you don’t know the answer to this question then how can you commentate effectively and efficiently? How can you produce the goods?

I think this is a critical often overlooked area in the commentary.

Poker commentary is not a one man band.

Pick any sport in the world and there will always be a wingman. If a poker product is going to work, they need to select the right PARTNERSHIP and not the right PERSON.

Also, outside of that partnership, those chosen to deliver the action also need the ability to interact with a myriad of different personalities as more and more people are drafted in to add more colour to proceedings.

When Phil Hellmuth walks into the booth and starts spouting off about white magic you need to be able to handle that shit.

I think star power is necessary.

The golden oldies work for us because we are so used to hearing their voices and associating them with our favourite sports. It’s distracting to listen to someone new and takes time for you to learn to trust them to deliver the goods.

I don’t think poker has time on its side.

It needs to draft in a star, someone recognisable to the audience, so trust is earned immediately, and then the viewer can concentrate on the action.

Given the extended periods of inactivity in poker I think it’s paramount that commentators are versatile and can waffle on about a wide range of matters within the poker community, gambling and sports.

When the Global Poker League (GPL) launched this year what I loved about Griffin Benger and Sam Grafton was their ability to think on their feet when dropped in the mire thanks to technical failings beyond their control.

It’s like an actor who forgets their lines but can ad-lib their way of out of it without anyone noticing. Quick thinking and adaptability are key for me.

Commentators need to understand the fundamental principles of storytelling. It’s not something you can learn. You don’t buy a book and revise. It’s something primal that exists within all of us. We have been telling stories since we lied to our parents about eating all of the cakes. It’s this art of storytelling that takes the viewers on the emotional journey we all crave when we sacrifice time with our family to watch hours upon hours of heads-up action between Qui Nguyen and Gordon Vayo.

Charlize Theron is the face of Dior because she has the face. In commentary, you need the voice. When I think ‘poker commentary’ I think Mike Sexton and Jesse May. They have a voice that works for me. It’s a critical cog in the complex commentary conundrum.

So Who Ticks All The Boxes?

Nobody ticks all of the boxes, but the ‘category’ that ticks most of them is the Twitch Streamer.

When online poker smashed the Internet in the early 1990s, there were articles galore about the ever closing gap in knowledge between Doyle Brunson and spotty teenage kids because of the sheer volume of hands the latter could consume.

The same is happening today in commentary.

Jamie Staples and Jason Somerville have already clocked more commentary hours than Mike Sexton and Lon McEachern. What makes a Twitch streamer successful is the fact that they turn up day after day and get to work.

Twitch streamers understand game theory. They also know the common questions that a poker audience asks and their knowledge level. This knowledge is essential when deciding at what level to explain what’s going on at the tables. Do you describe what a flop is? Do you talk about game theory optimal (GTO) strategies?

The very best streamers in the business are the best because they have an intuitive sense of storytelling, and they create emotion. They understand the poker audience better than anyone in the world, and it’s for this reason that online poker rooms are hiring them quicker than Theron strips off pieces of clothing in one of those Dior ads.

And the future is online streaming.