To say sports betting markets have diversified would be to redefine the understatement for a new generation on punters and investors. You can bet on anything these days and while betting caters for all types, from the man on the street who still wants to put £5 on Arsenal to win the Premier League to syndicates who spend over 10 hours studying analytics around one game of American Football, it takes all sorts. 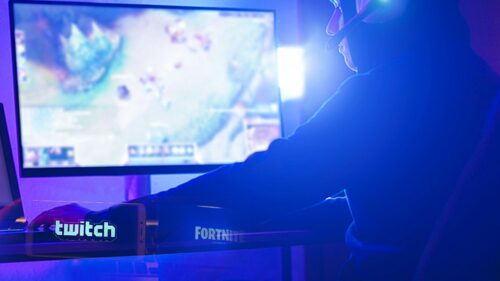 It shouldn’t shock you, therefore, to learn that you can now bet on Esports games. Week by week, many millions are invested in the gaming skills of players taking on others in games of Dota2, League of Legends and CS:GO. One game that some haven’t got to yet, however, is one of the most popular games there has ever been.

Fortnite has at any one time, an average of 85 million active players according to the latest TRN (Fortnite Tracker Network) figures. Keeping track of your own position in that pantheon of headshots, snipe kills and Marvel-related fun in Chapter 2, Season 4 is made easy by the TRAN technology, which assesses players skills in kills, ability for victories and all kinds of other analytic markers.

Now you can use that information to make bets on live Fortnite games via GGBet, and that doesn’t just mean betting on the straight Victory Royale.

With standard Twitch streamers who use the betting platform, you can bet on the Victory Royale (1st place finish), a Top 5 appearance and Top 10 placement. Odds obviously get longer the closer you go to the win and it’s exhilarating to bet on any player and root for them to either win or get shot quickly when the numbers still on the Battle Royale island are dwindling.

As well as betting on the player’s placement, you can bet on the number of kills they obtain during the specified game. Each streamer tends to play between 10-20 games in a single session, giving you a chance to watch them in action before betting your hard-earned money.

We thought we’d try out the format and bet on the player we viewed – you can see the Twitch stream of the action within the GGBet web-page, so there’s no need to double-up screens – to come in the Top 5 and in a separate bet get over 4.5 kills. If one of our bets came in, we’d break even and if bot came in, then we’d triple our money.

The experience of watching someone else play a computer game can be a frustrating one if they’re a younger sibling or best friend who’s just picking up the controller for the first time and presses the ‘slide’ button when clean through on goal in FIFA.

Watching our player for a couple of games earlier, we deduced that they were a very attacking player, far likelier to push an opponent and go for the kill early than play a strategic game. This led to a more probable heavy-kill deep placement rather than the outright win and so it proved. We saw the player land at The Authority, one of the busiest places to land on the map and get an almost immediate kill in expert fashion.

As we watched and they racked up kill after kill, easily getting to three kills and the final 20 players, what became clear was how much more exciting it was to watch Fortnite when you had an investment riding on the performance. One such build-battle with just 16 players was exhilarating.

Our player very nearly died but got the kill and swiftly got another with the loot improvement that came from winning an exhausting battle against another talented player. With the top 10 reached, our hero had five kills, paying off the over 4.5 kills bet easily. They then, however, went for an outrageous kill against a player with Dr. Doom’s Mystical Orb, and suffered a loss, their game ending in 8th place, and therefore falling short of the Top 5 placement we’d gone for.

If you’re a fan of Fortnite, it’s a terrific way to watch the action unfold and we can’t recommend GGBet’s platform for doing so highly enough. On some betting platforms it’s very difficult to find the right Esport you’re looking for. Not so on GGBet, and it couldn’t have been eaiser to get going.

Where your player is dropping isn’t up to you, but as a sportsbettor, taking part in Fortnite betting couldn’t be simpler and there’s a big skill edge if you already know the game and are aware of what to watch for – it’s merely a case of applying prices to probabilities.

With a rise in the number of betting sites incorporating Twitch streams into their real-time Esport markets, it’s a great way to enjoy playing even if you’re not in the game yourself. When it comes to Fortnite, you don’t need to be in the Battle Bus to have a stake in the outcome.