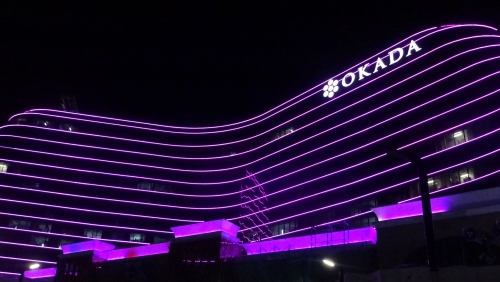 Tiger Resort Leisure and Entertainment Inc. (TRLEI), operator of the Okada Manila casino, has set up a Tokyo branch in anticipation of the opening of the gambling market in Japan, according to a statement from the operator’s parent company, Universal Entertainment Corp. (UEC).

“TRLEI Japan Branch will be established for research and analysis of the Integrated Resort [IR] Implementation Bill of Japan and study of the potential of a casino resort business in Japan in the wake of the enactment of said Bill in July 2018 with a view to becoming a future business contact (such as customer solicitation and marketing activities),” the statement read.

UEC added that its tentative date to register was this Thursday, September 20.

The newly-enacted IR legislation provides for the setting up of three large-scale casinos in yet-unspecified locations. About 40 municipal governments have reportedly signified their interest in hosting a casino, though citizens’ opinions may differ, as is the case in Yokohama, where about 94% of survey respondents expressed a “negative” view of the idea of having a casino in the city. However, businesses still have several years to convince constituents, considering the first casinos may take until 2025 or so to open.

Though TRLEI did not specify outright that it would vie for one of the three initial licenses to be issued by the Japanese government, it joins several operators that have expressed interest in doing business in the country, namely the Genting Group, Galaxy Entertainment, Melco International and MGM.

TRLEI’s directors have been accused of illegally removing company founder Kazuo Okada as chairman in 2017. The case, filed by Okada in order to be reinstated, is now pending in a Manila court. The former chairman had been accused of perjury and fraud, but these charges were dismissed.