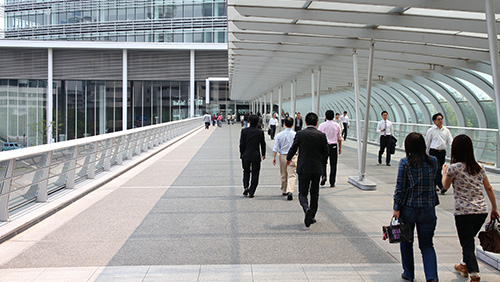 A whopping 94% of Yokohama residents have a negative opinion on the idea of putting up a casino resort in the city, according to a GGR Asia report.

This was based on a survey conducted by the Yokohama City government from May 14 to June 22 regarding the city’s “mid-term, four-year plan.” The survey involved 830 respondents who were asked about a range of topics on public policy, where about 20% of opinions provided had to do with the hosting of a casino resort.

It was only last July that the Japanese Diet passed the Integrated Resorts (IR) Implementation Bill, which provided for the building of three large-scale gaming venues in as-yet undetermined locations. The bill had its share of opposition, and the dip in Japanese Prime Minister Shinzo Abe’s popularity last June was attributed to his government’s push for the bill’s enactment.

A 2017 study by Japanese brokerage Nomura looked at Yokohama, along with Osaka, as ideal spots for construction of integrated resorts, due to a large flow of tourists, wherein gross gaming revenue generated by casinos was estimated at $7 billion.

The Yokohama government’s survey will be among the things discussed during the next term of the city congress, from September 10 to October 26.

Even with the IR bill’s passage, gambling operators are encountering hurdles to promoting their prospective business in Japan. Toru Mihara, government adviser on integrated resorts, told Inside Asian Gaming that “Macau-type junkets that take risks, grant credit to patrons” would not be permitted. “Casino activities are allowed only for licensed operators and cannot be entrusted to any third entity, including credit to patrons,” he said.

Still, those who are interested in the legalization of casinos will likely find a way to meet. Among those who have expressed interest in securing a casino license are the Genting Group, Galaxy Entertainment, MGM and Melco Resorts. And 40 Japanese municipalities are reportedly keen on bidding for a casino to be built in their jurisdiction, some of whose constituents may go along with their local government’s plans.