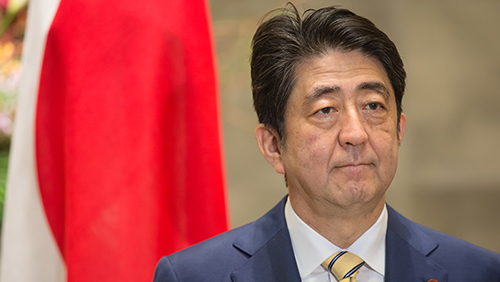 Nikkei Asian Review reported that voter support for Abe’s administration dropped by 7 points to 45 percent in late June 2018 as the public fumed over the government’s decision to allow the development of casino resorts in up to three locations across the country.

The data was in contrast with Abe’s disapproval rating, which climbed by 5 basis points to 47 percent. Abe’s popularity among Japanese women suffered worse, dropping 9 points to 36 percent. The Japanese PM remained popular among the male population with 52 percent, albeit seeing a 4 percent drop.

Nikkei’s survey was conducted after the severe flooding in Western Japan, the passage of the IR Bill, and diplomatic efforts in North Korea. Apparently, the Japanese were disappointed by the way their government prioritized the IR bill instead of the measures that would improve lives after the environmental deluge.

The report noted that Abe’s popularity was in an upward trajectory in June, thanks to his diplomatic savviness and the denuclearization talks between the U.S. and North Korea. Unfortunately for Abe, those talks turned out to be just talks.

With his popularity numbers down, Abe must pray hard that he made the right gamble on the IR Bill and that the recent Morgan Stanley outlook report was wrong.

For some time, financial experts have estimated that Japan’s potential gambling market could be worth upwards of $20 billion, but international brokerage Morgan Stanley warned that the country’s casinos may bring “lower returns than expected.”

In a note it issued on Friday, Morgan Stanley said Japan casinos may not realize its full potential due to two key regulations: gaming occupying only 3 percent of a resort’s total gross floor area and a 30 percent revenue tax, on top of consumption, real estate, and income taxes.

“We expect the first Japan casino to open by 2025 and the market size could peg at a range of US$11 billion and U$20 billion gaming revenue,” Morgan Stanley said.