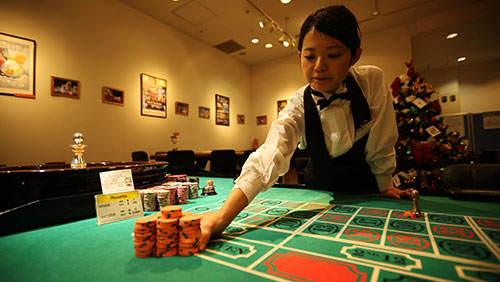 Casino operators are slowly getting a clearer picture of how Japan’s Integrated Resorts bill will look ahead of the start of the Japanese Diet session later this month.

Japan’s ruling Liberal Democratic Party (LDP) and its junior coalition partner Komeito have been trying to map out details on a bill specifying rules for the structure of the country’s integrated resorts.

The government of Prime Minister Shinzo Abe recently presented LDP lawmakers with a plan to set a casino entry fee for Japanese residents. The ruling party also decided to allow three resorts in the initial phase of liberalization.

In yet another development, Kyodo reported that the LDP will propose a ¥500 million (US$4.7 million) fine against casino operators that are found to have obtained their business licenses through fraudulent means.

The ruling party made the proposal to further allay public concerns “on the harmful effects associated with the use of casinos.”

Based on the draft proposal, the government will require casino operators seeking a license to submit a business plan as well as a copy of internal rules aimed at addressing gambling addiction. Casino operators are also required to submit a certification that their management doesn’t have ties to gangsters.

Casino officials found guilty of securing licenses through fraudulent means will face up to five years in prison or a fine of up to ¥5 million, according to the bill. They will also undergo thorough screening when they renew their respective licenses, which is only valid for three years.

So far, investment analysts heaved sighs of relief as proposals for Japan’s IR bill are “better than feared.”

International brokerage Morgan Stanley noted that the proposed 30 percent tax rate for Japan’s casino operators is lower than Macau’s 39 percent, which is “better than the earlier suggested staggered rate going as high as 50 percent.”

Morgan Stanley expects Japan’s gross gaming revenue to be at $15 billion by 2025 while earnings before interest, taxation, depreciation and amortization per city is forecast to be in the range of $1 billion to $2 billion.

“The current tax rate should support return on invested capital of 14 percent to 20 percent, according to our calculations,” Morgan Stanley said in its report.