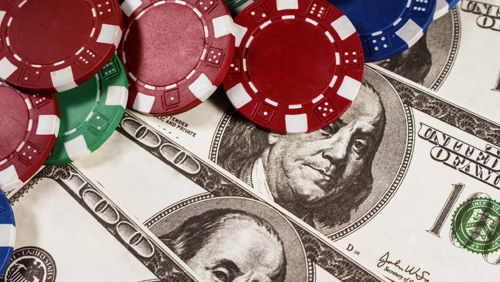 Nomura made a forecast in its Friday note that the Japanese casino industry could generate US$7 billion worth of gross gaming revenue from at least two major integrated resorts.

The analysts from Nomura believe that Yokohama and Osaka are the perfect spots to construct an integrated resort due to its significant local population of nine million; sizeable inbound tourist flow of 10 to 18 million annually; and strong infrastructure support.

At present, the Japanese government is still on the lookout for a viable city that can host an integrated resort. It will be holding public hearings in nine cities related to the Japan casino industry’s framework, excluding Yokohama.

“We believe a US$7 billion gaming market would allow the two IRs to each generate annual property EBITDA of nearly US$1.6 billion (16 percent return on invested capital), assuming VIP and mass GGR tax rate of 13 percent and 23 percent, respectively (largely in line with that of Singapore),” the Japanese brokerage said.

In saying that Japan may have the most profitable casino resorts globally, Nomura estimated that at least two integrated resorts may produce property earnings before interest, taxation, depreciation and amortization (EBITDA) of US$1.6 billion.

Nomura also took into consideration that Japan may duplicate Singapore’s casino regulation of making locals pay when they enter in a casino when the analysts gave their estimates.

“Currently, an entry levy of SGD100 [US$73.5] per day or SGD2,000 per year is imposed on the Singapore residents if they were to enter the casino. If the Japanese government were to impose an entry levy that is significantly higher than that, there is a risk that the mass GGR could come in significantly below our estimate as we expect vast majority of the mass revenues to be sourced from the locals,” Nomura noted.

Gaming companies interested in Japan are still waiting for lawmakers to vote on proposals establishing rules on taxation and regulation, and addressing ways to combat gambling addiction. Among the casino operators that are eyeing to make their presence felt in the island nation are Melco International and MGM Resorts.

Even the struggling online lottery operator 500.com is willing to gamble on Japan as in a bid to diversify its revenue steam.

Asia Gaming Brief reported that 500.com chief executive officer Zhengming Pan is interested in bankrolling an integrated resort in Okinawa of upt to the US$ 2.5 billion range. The problem, however, is that Okinawa Governor Takeshi Onaga is cool to the establishment of an integrated resort within his jurisdiction.