Home / Casino / Genting HK to offer cruises outside Asia in 2019 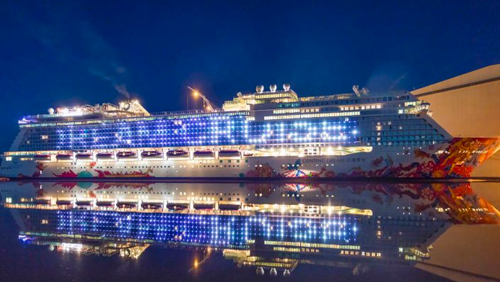 In a press release, the company said it was scheduling its ‘Queensland and the Barrier Reef Cruises’ beginning October 27, 2019, after a $30-million rehabilitation of one of its ships into the ‘Explorer Dream,’ weighing 75,000 gross tons and with a 1,870-passenger capacity.

Genting HK Executive Chairman Tan Sri Lim Kok Thay said, “Dream Cruises will be extending its brand recognition to 300 million Chinese in Shanghai and Tianjin/Beijing next summer as well as offering cruises in Australia and New Zealand to its Asian-sourced passengers during winter 2019 – the first time Dream Cruises will be sailing outside Asia.”

The cruises are looking to cater to the 13 million visitors of Australia and New Zealand, 5 million of whom are from Asia. By 2019, the Explorer Dream will also be providing voyages from China to Japan, Russia, Hong Kong and the Philippines. Genting HK is also an owner of Resorts World Manila.

Genting HK also announced the keel laying for its first ‘Global Class’ ship, which when completed will be 342 meters long and 46 meters wide, and 204,000 gross tons, with 2,500 passenger cabins.

Production of the ship will be in the MV Werften shipyard in Germany. MV Werften Managing Director Peter Fetten said, “After an intensive engineering and design phase, [the] keel laying marks the next stage of the manufacturing process of MV’s first mega-ship… its dock assembly.”

Genting HK reported a $141.3-million loss for the first half of the year, 30% lower than the loss last year for the same period. It had also stated in its interim report that it expected an increase in the use of its shipyards moving forward.