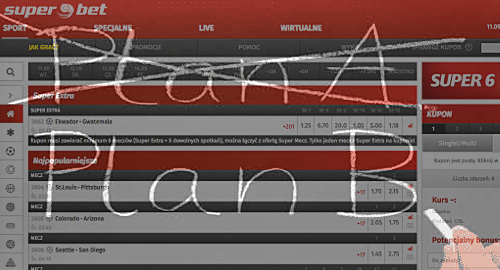 Romanian gambling operator Superbet is pushing back its plans to launch its Polish-facing online sportsbook.

Poland’s punters will have to wait a while longer for Superbet, which received its Polish land-based betting license last October, to join the locally regulated market’s extremely short list of approved online betting options.

Superbet had vowed to take its Polish action online sometime in Q3 but with less than one month to go until that window closes, Superbet Polska CEO Aleš Dobeš told Polish gambling affiliate E-PLAYBET that the online launch was now targeted for sometime in Q4, but most definitely by 2019.

Dobeš claimed that his company was engaged in “intensive work” on the online product, but that it still required properly rigorous testing, and so the relevant documents wouldn’t be submitted to Poland’s Ministry of Finance until Superbet was sure the product was up to the challenge.

Superbet currently operates around 50 retail betting points of sale in Poland and Dobeš said the company continues to upgrade their facilities via new technology that will “revolutionize its current appearance and significantly facilitate betting.”

Superbet is one of only 10 companies licensed to take sports wagers in Poland, most of which are Central and Eastern European operators such as Fortuna, although Swedish operator Cherry AB secured its Polish license this summer. Most other operators are put off by the 12% tax on online betting turnover and the online casino monopoly of the state-run Totalizator Sportowy.

Meanwhile, Poland’s Ministry of Finance added another 120 or so domains to its online gambling blacklist last week, bringing the digital rogues’ gallery to nearly 3,200 domains that cater to Polish punters without a Polish license. The bulk of the new additions belonged to Russian bookmaker 1xBet, the Curacao-based Melbet and sites affiliated with the Mansion group.