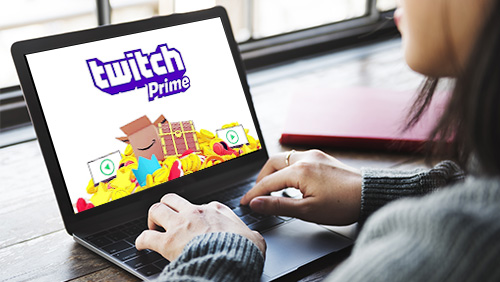 Fans of poker Twitch streams will be angry to hear that the company turning a profit of $1.5-2 billion per quarter is cancelling its ad-free Twitch Prime perk in an attempt to convert users to the $8.99 per month Twitch Turbo option.

I used to love the James Altucher podcast.

It wasn’t his razor-sharp wit.

It had nothing to do with his self-deprecation.

It wasn’t the quality of his guests.

I liked Altucher because he was one of the only podcasters in the business who refused to disrupt my experience by forcing me to listen to ads about mattresses, accountancy software and different types of vinegar.

And then he sold out.

Fortunately, for ad haters like myself, there are ways to circumvent the system. When it comes to my favourite podcast Waking Up by Sam Harris, I can donate to his coffers via PayPal, reducing the likelihood that he will ever falter like Altucher. I can also pay for Amazon Prime, so I don’t have to watch ads when checking out my favourite poker stars on Twitch.

The needle has just scraped across the record.

As an Amazon Prime customer, I can watch my favourite streamers without having to sit through a Domino’s Pizza ad, but soon that perk is about to go the way of the dodo.

On Tuesday, Twitch advised customers via a blog post, that existing Prime subscribers will lose the universal ad-free benefit after October 15, annual subscribers retain the rights until their subscription ends, and new subscribers will not receive the bonus after Sep 14.

So why is a company owned by a man who is the richest in the world (Jeff Bezos worth an estimated $112 billion), and turns over a profit close to $2 billion per quarter, making these changes?

According to the blog post, it has nothing to do with profit, and everything to do with improving the Twitch ecosystem claiming it’s ‘an important source of support for the creators who make Twitch possible.’

“WTF, the only good thing about Twitch Prime was the Ad-Free viewing!”

“The only reason I had prime was for no ads.”

Those were two of over one hundred similar complaints filed beneath the blog post.

And here’s the rub.

There are still two ways to watch Lex Veldhuis’ mature adult content without having to sit through ads, the first is to use your monthly subscription token on a channel that has the ad-free viewing for subscribers turned on, and the second is to pay $8.99 per month for a Twitch Turbo subscription.

It’s a smash and grab for sure.

I’ve always had a love-hate with Amazon.

Yes, I get to watch Goliath and All or Nothing, I get kindle books in an instant, and sometimes they deliver my shopping within two days.

But I’ve lost count of the number of times I accidentally signed up for a Prime account back in the days when I didn’t want one and trying to find the online chat help function is as unlikely as finding a dead nightingale warbling a soulful tune.

Twitch insist that the introduction of ads is the only change to the existing Twitch Prime deal. Except, nobody cares about anything other than the removal of the ads.

The news comes at the same time Netflix began trialling ads, but at least with Netflix, you can choose to skip the intrusion if you don’t want it to affect your viewing.

Unlike, it seems, during a stretch of RaSZi orgasmic goodness.

Monthly Prime membership fees increased by 18% in January to $12.99 per month.

I think they just lost a bunch.