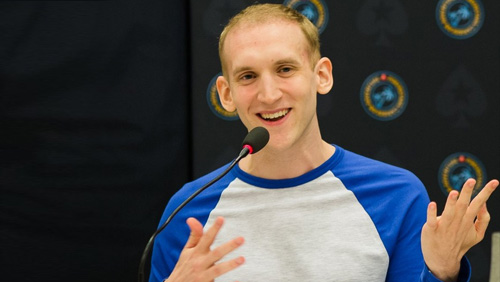 A new poker studio is born. In a partnership between Jason Somerville and PokerStars, Run It Up Studios (RIUS), an endeavor designed to help enhance the Twitch poker community and to also assist other streamers with their brands and capabilities, is being launched on the popular streaming platform.

Somerville is already a well-known face on Twitch. He has been streaming on the platform for several years, and is somewhat of an expert in building brands. He has also expanded his offerings to cover live poker events such as the Run It Up Reno poker tournaments.

While there have been several other poker studio launches this year—Aria Casino’s PokerGO and Luxor’s Esports Arena, to name some—Run It UP Studios is the only one not associated with a casino. It won’t cover live tournament action and will focus on the “behind the scenes” world of poker.

Somerville told Poker News, “As a Twitch streamer for many years, there were many lessons that I learned in broadcasting myself. There are many resources and assets that I gathered for my own stream and I’ve decided to take all those lessons and resources and build them into a company that is able to help other streamers be successful. I know what it takes to run a successful Twitch stream and taking that same knowledge and resources, and offering it to others.”

Poker could just be a springboard for the platform. Somerville has indicated that he feels it will open the doors to other entities interested in launching on Twitch.

Twitch’s head of poker partnerships, Farhan Ahmed, said of the new platform, “There is no greater news for the continuing growth and health of poker on Twitch than to have Jason Somerville at the heart of it. As a fundamental part of the category’s success to date, his new venture is bound to excite our large and passionate poker community.”

RIUS already has a studio up and running in Las Vegas. It offers a full-purpose production studio designed for Twitch streams and is now producing a full lineup of PokerStars’ content, as well as content for Somerville’s Run It Up channel.

The team at the studio also assists with producing content for YouTube and employs expert moderators to help streamers on a one-on-one basis. Additionally, it produces Twitch extensions, which allow viewers to see previous hands, polls and the ability to follow certain table action in live tournaments.