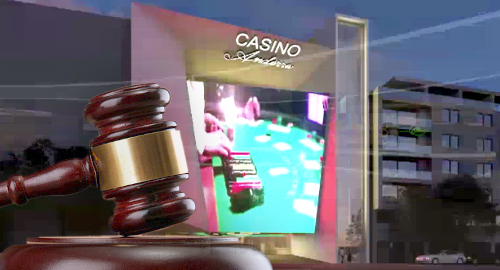 The microstate of Andorra’s recent decision to award its sole casino license to a small local company has led spurned bidders to mount a legal challenge of the tender.

This decision baffled many of the big international casino operators who’d submitted bids, including Malaysian giant Genting, who’d vowed to spend nearly ten times the amount that Jocs (which translates as Games) had budgeted. Now, after a little digging, five of these jilted giants think they smell a rat.

The aggrieved operators — Genting, Barrière, Casinos Austria, Cirsa and Partouche — questioned how SIQ, the Slovenian company that helped the CRAJ evaluate the bid criteria, could have awarded Jocs full marks for having 10 years experience managing casino operations, in that Jocs has zero experience running casinos, only bingo halls.

Furthermore, Jocs has partnered with Austria’s Novomatic Group to provide the new casino’s gaming technology, and it turns out that local engineer Francesc Armengol, who did freelance work with SIQ, also used to work for Novomatic’s Spanish unit.

This ‘a-ha’ moment prompted the furious five to submit formal requests to the government last month for a legal review of the tender, seeking a complete do-over based on the “serious irregularities” that had arisen. The government has three months in which to respond.

Armengol has been doing the local media rounds, loudly proclaiming his innocence and impartiality, insisting that he cashed his last Novomatic paycheck in September 2013 (although he appears to have remained on their books for years afterward), and that he wasn’t even aware that the Slovenian firm had been tasked with studying the casino bids.

Armengol has also threatened to file legal action of his own against the five casino operators who’ve made these “totally false” allegations against him.

Meanwhile, Jocs continues to proceed as if nothing happened, requesting building permits from Andorra la Vella’s mayor Conxita Marsol, who says initial work on the project could begin as early as next month.