Home / Business / Belgium gives Ladbrokes a slap on the wrist 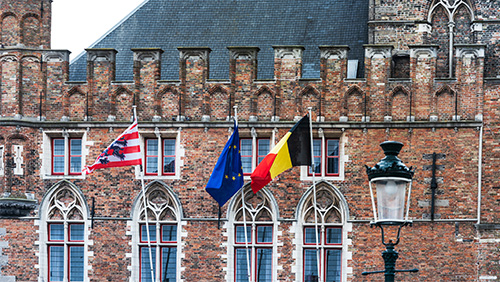 Ladbrokes has been put in timeout – literally. Belgium has reportedly punished the sports betting company for breaking gaming regulations and has ordered it to not offer any gambling activities for a day next month.

Media outlet The Brussel Times reports that Ladbrokes was slapped on the wrist after admitting it had received bets from players in Belgium for the outcome of virtual machine events until March 14. Virtual match betting allows gamblers to place bets on the outcome of fantasy competitions and the practice has been outlawed in the country since June of last year after being “tolerated” for about five years.

Ladbrokes’ subsidiaries in the country, Tierce Ladbroke SA and Derby SA, will not be able to receive any bets for 24 hours on September 3 due to the infraction. Ladbrokes has 300 agencies and around 100 sportsbooks, and a number of digital operations, linked to it in Belgium. The country’s gaming regulator indicated that Ladbrokes had “not contested the materiality of the facts” and continued to offer the betting activity “until it was legally banned from doing so.”

In a response provided to 5 Star iGaming Media, Ladbrokes said that it had not been notified officially of the sanction. It explained that it had only learned of the punishment after it was informed by an unidentified third party on August 7.

Ladbrokes further complained that it was received an email from the regulator the same day the news starting making its rounds in the various media outlets, adding that it “‘deeply regrets that such confidential information is transmitted to the press and to third parties even before it is informed.” It alluded to the possibility of filing a lawsuit for breach of professional secrecy, but plans to honor the sanction. The sportsbook also said that it may challenge the punishment before Belgium’s Council of State.

The one-day penalty pales in comparison to that seen by Ladbrokes last year. In November, it was hit with a $2.9-million fine for not intervening after two gamblers blew a little more than half of that in stolen money on the Ladbrokes Coral-owned Gala Interactive casino website.