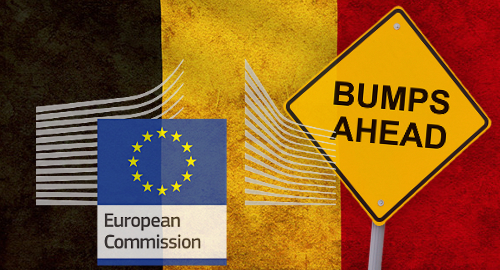 The legislation’s mandatory three-month standstill period is set to expire on Thursday (18). The new rules (viewable in full here) will take effect eight months after the government publishes the decree in the Belgian Official Gazette.

Under the new regime, online casino operators will essentially be limited to promoting their wares via their own websites or via “personalized advertising,” which the regulator reportedly intends as a reference to email and SMS promos to existing customers. Belgian-facing affiliates view these restrictions as an effective death sentence for their sector.

Gaming and betting licensees will no longer be allowed to advertise during live sports broadcasts (regardless of media), and not within 15 minutes before or after any programs aimed at minors.

There are also a whole host of stylistic restrictions, including not using athletes or celebrities who hold particular appeal for minors, or advertising via platforms or media targeted mainly at minors.

Among non-advertising restrictions, operators must cap the maximum value of bonuses offered to a player at €275 per month. Players can only top up their online gambling accounts by a maximum of €500 per week across all of their online activity, and such top-ups can’t be made with a player’s credit card.

Players seeking an increase in their online game limits will have to wait three days in order to access this increased limit. Moreover, operators will have to inform the Belgian Gaming Commission (BGC) about any game limit requests, and the BGC will only agree to increase the limit after checking with the National Bank to see if the player’s name appears in a credit default register.

BELGIAN LOTTERY BOSS STILL NOT SATISFIED
Belgium’s National Lottery has long pressed for further restrictions on its local rivals, and its CEO Jannie Haek gave an interview last week in which he had harsh words for the BGC. Despite the new rules effectively preventing online operators from telling their wives what they do for a living, Haek incredibly claimed that the BGC was allowing its online licensees too much of a free hand, and characterized Belgium as “the wild west of online gambling.”

Haek’s protestations weren’t sparked by any downturn in the Lottery’s operations. Last year, Lottery sales totaled €5.3b, up 8% from 2016, while digital sales increased by one-third, and now represent one-quarter of overall sales. Seems monopolies just can’t stand any form of competition, even when it doesn’t pose a threat.