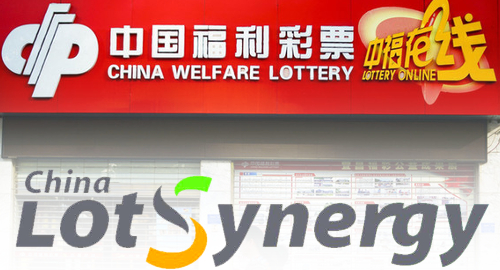 On Monday, the Hong Kong-listed CLH informed the markets that the People’s High Court of Beijing had issued a ruling on August 10 that awarded a CLH subsidiary “cooperation remuneration” of RMB1.36b (US$197.3m) plus interest based on a dispute over another company’s use of CLH’s VLTs following the expiration of a contract.

In 2005, CLH subsidiary Dongguan Tianyi Electronics Company Ltd (DGTY) reached a 10-year deal with Beijing China Lottery Online Technology Company Ltd (CLO) for the use of DGTY’s VLTs. The deal expired in June 2015, but CLO continued to use the 41,500 VLTs without paying DGTY the required remuneration.

It should be noted that the VLTs in question aren’t the quasi slot machines that operate in non-Asian markets, but simply permit the digital sale of welfare lottery products. Non-lottery gambling products are strictly illegal under Chinese law, with the exceptions of horseracing and casinos in the special administrative regions of Hong Kong and Macau.

At the time the contract expired, CLH noted that it was continuing to service the VLTs in question due to its desire to “support the sustained and healthy growth of Welfare VLT,” which had become an increasingly important contributor to CLH’s annual results. In 2016, the company wrote down the value of its VLT units by HK$188m due to the “high uncertainty of income” from the machines.

In 2017, Welfare VLTs accounted for 10.8% of China’s total lottery sales, and CLO claimed they were a “driving force” of nationwide welfare lottery revenue, maintaining a presence in over 2,000 welfare lottery halls in 28 Chinese provinces, cities, autonomous regions and municipalities.

The Court responded to DGTY’s civil lawsuit by agreeing that CLO had continued to use the VLTs without compensating DGTY. The Court also rejected CLO’s claim that it now owned the VLT machines, noting that CLO’s own correspondence contradicts the company’s argument.

The Court ordered CLO to make good on the outstanding RMB1.36b within 10 days of the ruling and to pay DGTY for the continued use of the VLTs. CLO has the right to appeal the ruling, but the Court noted that the two parties could reach a new mutually acceptable agreement that would resolve the matter going forward.

The fact that CLO is partly owned by the Chinese government makes the ruling all the more notable, but it’s not the first time CLO has been accused of shady behavior. In 2015, a local journalist accused the company’s general manager He Wen of using lottery funds to benefit relatives of an unidentified Communist Party official.