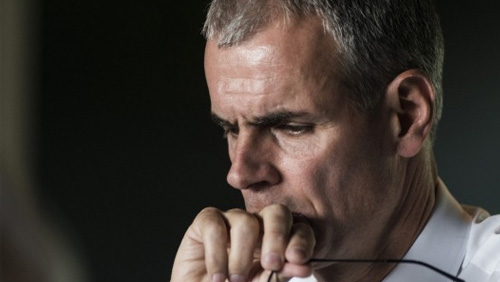 Elmer Funke Kupper, the former boss of the Australia Securities Exchange (ASX), is stepping down from his post as one the directors of Australia’s biggest sportsbook Tabcorp Holdings Ltd.

The Australian reported that Kupper, who has been on a leave of absence since authorities launched an inquiry into his supposed anomalous business dealings in 2016, will be leaving the company in October. Tabcorp has yet to announce Kupper’s replacement.

Kupper has been a known fixture in Tabcorp for more than a decade. He was appointed Chief Executive for Australian Business in February 2006, and then assumed the role as Managing Director and Chief Executive Officer in September 2007.

In June 2011, Kupper stepped down from his post in Tabcorp to take up the leadership of the ASX. Tabcorp named current CEO David Attenborough as his replacement.

Despite leaving Tabcorp in 2011, Kupper maintained a relationship with the wagering firm. In 2016, the Australian Federal Police linked Kupper to the alleged bribery of Cambodian officials in exchange for Tabcorp getting a license in the Southeast Asian country.

Authorities zeroed in on the allegations that Kupper gave his blessing to shower money on the family members of Cambodian Prime Minister Hun Sen to ensure that the company would be able to do business in the Asian country.

Under Australia’s corporate law, Aussie firms are not allowed to pay “grease money” to foreign officials or industry regulatory stakeholders in order to “gain a business advantage or facilitating of services.”

The scandal reportedly forced Kupper to resign from ASX as well as take a leave of absence from Tabcorp in 2016. Kupper has denied the allegations, claiming that the business opportunity for Tabcorp in Cambodia was tiny and not particularly strategic.

Kupper also clarified that he stepped down from ASX “not because ASX has anything to do with it but it’s the corporate governance organization of Australia.”