Home / Business / Tabcorp in no rush to enter the US sports betting market, CEO says 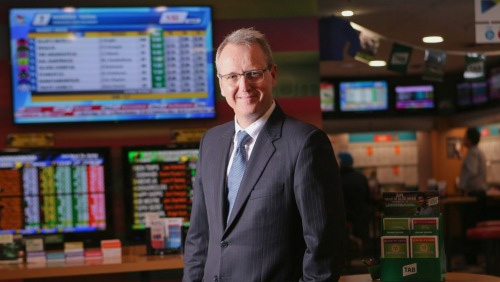 Australia’s biggest sports betting operator Tabcorp Holdings Ltd. is resisting the pressure to rush into the U.S. betting market, preferring to complete the company’s integration with Tatts Group first before expanding its business.

The Australian Financial Review reported that Tabcorp is closely monitoring regulatory developments in the United States, but noted that the company is in no hurry to carve out a slice of the country’s sports betting pie.

Speaking before the members of American Chamber of Commerce in Australia on Wednesday, Tabcorp CEO David Attenborough recognized that the U.S. sports betting market is still filled with uncertainty despite the repeal of the Professional and Amateur Sports Protection Act (PASPA) of 1992.

He pointed out that sports betting regulations are a patchwork, making it hard to predict on how quickly the U.S. market will open up.

“Are we going to be rushing in there? No. Will we be going into America eventually? We might well, but with a lot of planning and a lot of consideration,” Attenborough said, according to the news outlet.

The Tabcorp CEO also refuted reports that the failure of Sun Bets, its British wagering venture with News Corp, was the primary reason behind its decision to stay away from the U.S. market.

Attenborough pointed out that the company had a fair share of successful ventures outside Australia, including its business in the Isle of Man.

“International businesses aren’t wrong. The Sun Bets business is not making the money that it needs to and therefore you either keep going and you pile on more on more or you take a decision and you step back,” he explained.

For now, Attenborough said keeping the company’s integration with Tatts Group on schedule is its main priority. He admitted that he was taken by a surprise on the fact that the Tatts people are “culturally ready” for the merger.