It’s a topic that won’t disappear from anyone’s radar for probably the next two decades—online gambling legislation in the United States. The latest debate comes via Illinois, which saw several bills on the topic fail during the last legislative session. However, they’re about to get some CPR and be brought back to life for the upcoming year. 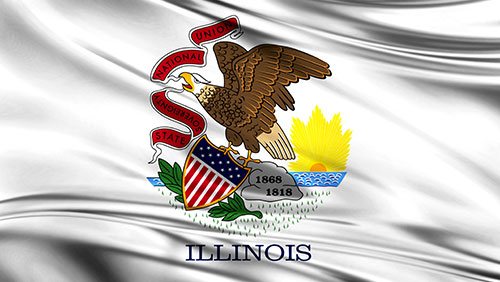 Two hearings have been announced in the state to discuss the regulation and legalization of online gambling. Both were set by State Rep. Bob Rita, with one scheduled for August 22 and the other for October 2. As always, the discussions will take place in the state capital, Springfield.

Rita was a sponsor of State Senate Bill SB0007 in 2017, a gambling expansion bill that was one of many discussed during the legislative season. It saw daylight after being approved 33-24-1 in May; however, it was washed out in debates held by a number of Illinois House committees.

Rita is a staunch supporter of online gambling, saying that it could contribute up to $700 million to the state’s coffers. He points out that the state, which suffers from an extremely high deficit, would benefit greatly from the infusion of cash.

The bill seems to be all-encompassing and should be an easy read for legislators. The gist of the bill reads, “[To create] the Chicago Casino Development Authority Act. Provides for the creation of the Chicago Casino Development Authority, whose duties include promotion and maintenance of a casino. Amends the Illinois Horse Racing Act of 1975 and the Riverboat Gambling Act to authorize electronic gaming at race tracks (and makes conforming changes in various Acts). Further amends the Illinois Horse Racing Act of 1975. Makes various changes concerning Board members. Indefinitely extends the authorization for advance deposit wagering. Contains provisions concerning testing of horses at county fairs and standardbred horses. Further amends the Riverboat Gambling Act. Changes the short title to the Illinois Gambling Act and changes corresponding references to the Act. Adds additional owners licenses, one of which authorizes the conduct of casino gambling in the City of Chicago. Makes changes in provisions concerning the admission tax and privilege tax. Makes other changes. Contains a severability provision. Effective immediately, but does not take effect at all unless Senate Bills 1, 2, 3, 4, 5, 6, 8, 9, 10, 11, 12, and 13 of the 100th General Assembly become law.”

Since the bill received such overwhelming support last year, hopefully it can cover more ground this time around.

A second bill, this one related to fantasy sports, also fell short last year. There was also considerable discussion on making online gambling an approved gambling services and legalized sports gambling. The topic could make its way back to the floor on August 22.

According to Rita, the challenge is making the gambling operations equitable. He said, “As you navigate through this, when you move one component it moves three others and you [have to] carefully navigate through this to put a bill together and we’ve been working diligently on that.”