Sports gambling in Colorado: No need to rewrite the Constitution

Undeniably, one of the most debated subjects in the United States these days is sports gambling. Now that states have the legal authority to authorize the activity, more and more lawmakers are pushing to introduce bills to see their states capitalize on the multi-billion-dollar market. The topic has been the source of political in-fighting in more than one jurisdiction, and the state of Colorado is no 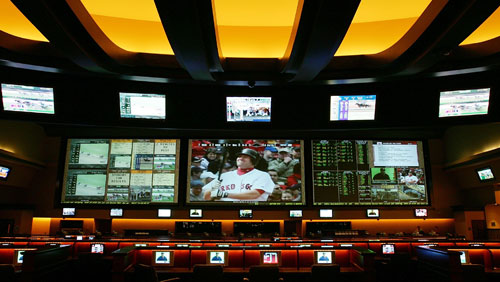 different. However, Cynthia Coffman, Colorado’s Attorney General (AG), has said that advancing sports betting operations in the state should be easier than the opponents would have many believe.

Many legal experts were under the impression that a statewide vote leading to a change to the state’s Constitution was going to be required for lawmakers to consider sports gambling. “Whether a game is a lottery turns on the role that chance plays in the outcome,” said Coffman. Since sports gambling certainly does not rely on chance, Coffman concluded that “wagering on a sporting event falls outside this definition.”

Casinos weren’t too pleased with the AG’s position. The Colorado Gaming Association (CGA) posted a rebuttal, stating, “The Colorado courts only give ‘respectful consideration’ to attorney general opinions and, many times, find that an AG’s opinion is incorrect. The weight of judicial authority throughout the country is that sports betting is, in fact, a ‘lottery.’ Attorney General Coffman’s conclusion that horse and dog racing are ‘not materially different’ than professional and collegiate sports betting is factually and, we believe, legally incorrect.”

Sports betting and pari-mutuel betting are not in the same league. In pari-mutuel betting, people place wagers against other gamblers. Sports bettors, according to the casinos, bet against a line that is set by the house and the transactions behind these bets require greater expertise and stricter regulations. As such, they argue that sports betting shouldn’t be allowed at pari-mutuel horse and dog racing tracks—only at casinos.

Coffman didn’t publish her opinion just for fun. Colorado’s Department of Revenue, which regulates casinos in the state, requested her opinion several months ago. It will be interesting to see what kind of progress there is in the state now related to sports betting.