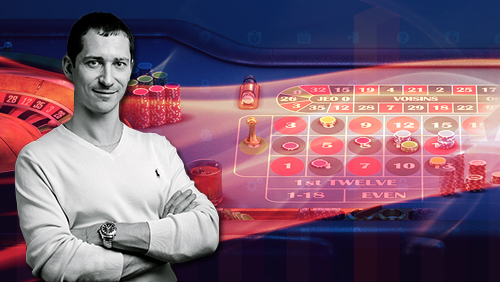 Gross revenue of Dublin-based social mobile poker operator KamaGames jumped by 53 percent in the first six months of 2018, boosted by a two-fold increase in its daily active users.

However, KamaGames CEO Andrey Kuznetsov did not state the exact sales figures when pressed on how much the company earned during the first half of 2018. In an email to CalvinAyre.com, Kuznetsov noted that the company “always reference gross rather than net revenue.”

“Our gross revenue growing by 53% in the same period from an already strong base of $57.5 million as reported in the 2017 annual results figures is definitely something to shout about,” Kuznetsov said.

KamaGames also grew its DAUs in the U.S. and Western European markets during the first half, according to Kuznetsov.

“I am very pleased to be able to say no [we haven’t seen a decrease in daily active users]. We have experienced steady growth in all markets, some are more active than others, but there is no decrease in any of them,” he said.

Meanwhile, KamaGames said June 2018 was the most profitable month for the company after it released a number of new games, including Split Bet poker, Set Poker and Slots, plus new features like multi-table tournaments (MTT) and additional party modes.

In addition to the portfolio growth, KamaGames also focused on building on their existing marketing and communications strategy through the launch of a number of new promotional campaigns for players and customized offers. These offerings boosted the company’s average revenue per paying user, offsetting the usual seasonal decrease of players’ activity in June, according to Kuznetsov.

“Due to new a number of new games being released, as well as new features, we managed to also boost our average revenue per paying user, thus increasing our total revenue,” the KamaGames CEO said.