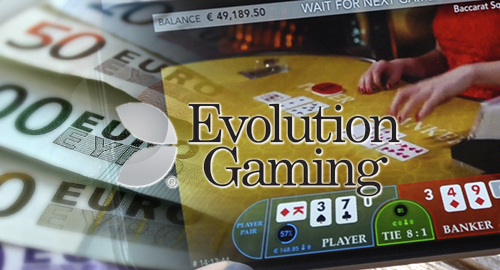 Figures released Wednesday show the Stockholm-listed Evolution generated revenue of €59.3m in the three months ending June 30, a 40% improvement over the same period last year. Earnings were up 36% to €26.2m while profit jumped 37% to €20.1m.

Evolution credited the gains to the company’s voracious expansion, which has seen the revenue contribution from the ‘rest of world’ geographic category grow from 14% in Q217 to 25% in the most recent quarter.

Last week, Evolution confirmed that it had inked a deal to supply live casino services to the online gambling site of Atlantic City’s new Ocean Resort Casino (the former Revel, which re-opened on June 28). The site will offer both studio-based live tables and an on-the-gaming-floor Dual Play Roulette table.

Evolution previously announced deals with the New Jersey online operations of Resorts Casino Hotel and UK-listed operator 888 Holdings, so the initial 10 tables in Evolution’s New Jersey studio will definitely be earning their keep.

Evolution’s share of revenue from regulated markets dipped three points to 31% in Q2, but this figure will get a boost not only from the New Jersey launch but also from the pair of deals Evolution recently inked with Sweden’s erstwhile gambling monopolies Svenska Spel and ATG, which are frantically burnishing their offering ahead of the market’s liberalization on January 1, 2019.

Evolution CEO Martin Carlesund said the company had enjoyed “a high level of activity” through its various online partners during the recent 2018 FIFA World Cup and the company saw “continued favorable demand” in the tournament’s immediate aftermath.

Evolution added oer 1,000 full-time employees since Q2 2017 and Carlesund expects Evolution to have over 500 live tables in operation around the world before the year is through.