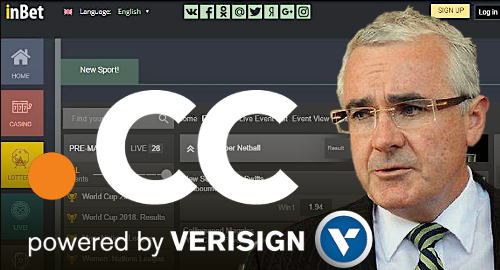 Australia’s media watchdog is putting the heat on unauthorized online gambling sites trying to pass themselves off as being based in the country.

The .cc domain refers to the Cocos [Keeling] Islands, an Australian territory in the Indian Ocean with only around 600 residents, which has tried to carve out a niche in the internet economy by promoting its web-identity as “the next .com.”

None of the sites using the .cc domain – including Planetofbet and Inbet – appear to have a physical presence in Australia, another regulatory no-no. Some of the sites offer wagering using cryptocurrencies such as Bitcoin and Ethereum, which is also forbidden by Australian gaming regulators.

In February, the ACMA announced that it had probed a number of suspected breaches of the IGA’s rules. In March, the ACMA investigated Bitcoin betting operator Justbet for using a .cx domain, which refers to Christmas Island, another Australian external territory in the Indian Ocean. Following that probe, JustBet switched to a Colombian .co domain.

ONLINE STREAMING AD RULES UPDATED
In other ACMA news, last week saw the watchdog publish new proposed restrictions for betting adverts streamed online, following the stakeholder consultation launched in April. Operators will have until July 26 to comment on the revised rules, which can be viewed here.

As previewed, the revised rules will prohibit gambling advertising appearing on live-streamed sports events between 5am and 8:30pm. Similar rules were applied to traditional media broadcasting platforms as of March 30.