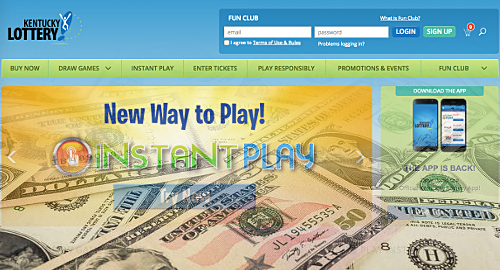 On Tuesday, the Kentucky Lottery announced that its sales during the 12 months ending June 30 totaled $1.042b, a $42m improvement over fiscal 2017’s result, and another record result for the lottery. Scratch-off tickets claimed the biggest slice of the sales pie, rising 1.5% to $613m, while daily draw games added $204.7m and keno sales improved 9.3% to $82.8m.

The iLottery division reported sales of $10.2m in FY18, nearly twice the $5.2m generated online in FY17. However, it’s worth noting that it’s taken two years for online lottery sales to exceed the original projections of $7m in sales in its first year.

The Lottery’s overall record performance blows holes in the arguments that the online launch would cannibalize retail sales. Kentucky is one of only six US states currently offering online lottery products, with Pennsylvania having joined this elite group in June.

JACKPOCKET’S $1M WINNER IN MINNESOTA
Minnesota was the first state lottery to offer anything other than draw ticket sales online, but legislators forced the state lottery to scrap its online presence in 2015. However, the state recently witnessed the launch of Jackpocket, a ‘lottery services business’ that accepts lottery ticket orders online then purchases the tickets for customers at retail outlets.

Jackpocket’s operations had already earned the ire of state Rep. Greg Davids, the architect of the Minnesota Lottery’s online demise in 2015. Davids’ animus towards Jackpocket will likely accelerate after the company announced last week that a Minnesota customer had won a $1m Powerball prize through his use of Jackpocket.

Jackpocket CEO Peter Sullivan told the local Fox affiliate that 20-year-old college student Brandon Stevenson’s $1m prize was “by far the biggest winner we’ve ever had.” Jackpocket operates in Minnesota under a memorandum of understanding (MoU) with the state lottery, whose director of communications Adam Prock said Stevenson’s payday was “no different than any other winner.”

Be that as it may, the news has encouraged the local scolds at Citizens Against Expanded Gambling to press legislators to do something to rein in these technological terrors. And sure enough, Davids recently wrote a letter urging the Minnesota Lottery to “immediately rescind” its MoU with Jackpocket and “suspend operation of reseller services.”

In case the lottery misread his true feelings, Davids claimed the Lottery’s “continued refusal to work within the confines of state law is a source of ongoing frustration for state lawmakers,” ignoring the fact that it’s also a source of incredible convenience for state residents.