The turbulence at Wynn Resorts still hasn’t subsided. As the company has seen a number of negative issues crop up following the allegations of sexual misconduct against its former CEO, Steve 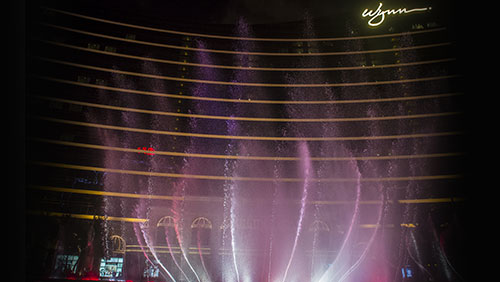 Wynn, it has had to deal with multiple lawsuits, governmental inquiries, board shakeups—the list goes on. The latest out of the casino giant is that its executive vice president and general counsel, Kim Sinatra, will be leaving the company.

No details were provided about the reason for the departure. Wynn Resorts said Sinatra will no longer by with the company as of July 15 and that they are still sorting out the fine points of the separation and her transition. According to some inside sources, Sinatra knew for years about a $7.5-million payment Steve Wynn made to a casino employee that many have deemed “hush money” over sexual harassment allegations.

Sinatra has been with Wynn for the past 14 years. In 2006, she was appointed as the company’s general counsel and she has been the candidate most likely to succeed Steve Wynn as head of Wynn Resorts, after current CEO Matt Maddox, who took the reins in February after Steve Wynn’s resignation.

The sexual misconduct at the company continues, and is being addressed on several fronts. Steve Wynn is personally being investigated, even though he has repeatedly denied any wrongdoing, as are several previous members of the board, who are accused of being complicit in the activity. The company itself is being investigated in several jurisdictions around the world, with questions arising over the future of any casino license renewals that could come up.

Ellen Whitemore, a Las Vegas- based gaming and compliance attorney, has already been tapped to take Sinatra’s place.

While Wynn Resorts has managed to stay the course, it hasn’t been easy. Elaine Wynn, Steve Wynn’s ex-wife, took control of the company following her ex’s resignation and has worked diligently to get rid of the “legacy” board members, while bringing in new blood. Stock prices over the past three months have seen considerable drops, from just over $200 at the beginning of May to around $152 at the end of June. As of this writing, the price is around $154.