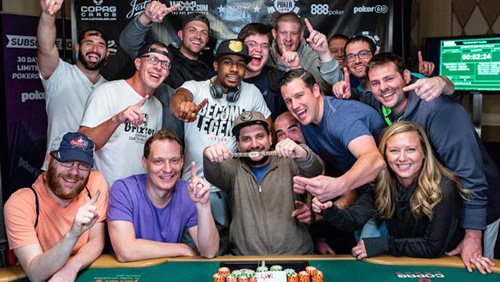 Another round-up from the World Series of Poker as Scott Seiver wins his second bracelet in the $10,000 Limit Hold-em Championship, Joey Couden beats a dream final table to take down a PLO event, and India wins another bracelet in the tag team event.

Many things wake me up in the morning. I understand why vampires sleep inside coffins. Give me a coffin. Nail me in. I have black bags on all of my windows. The people think it’s a crack house. The sun finds a way through. Burning. Waking. 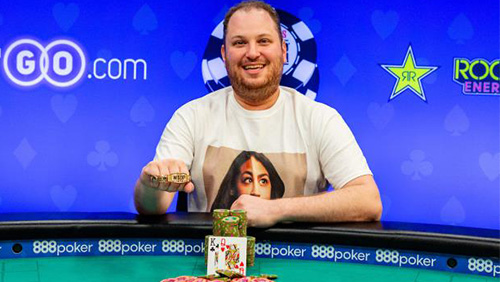 Then there’s my daughter.

I got a treat this morning.

I picked her up and acted like a chariot taking her to her milky prize and went back to bed.

I heard Pete and Felicity banging away hard upstairs. But who in their right mind screws at 5 am?

I lost the fight to stay awake as I magnified the power of my hearing so I could pick up every scream and scratch. It felt a little weird. We’re meeting for dinner at six. But it was addictive. Moaning, screaming. I had never heard anything like it.

As my mind cleared, and more light filtered into the room; the sneezing began, and I realised it wasn’t Felicity, it was the seagull nesting in my chimney. Moaning. Groaning. Mourning the death of its baby. I blame Google. It told us to leave it outside. That its mother would care for it. How were we to know she would be too busy putting on a sex show to pay attention to her child preparing to go to war with the cats in the gravel of my front garden.

When Seiver finished second to Johannes Becker in the $2,500 Mixed Triple Draw Lowball, I casually mentioned it to my wife during one of those moments when you have nothing to say and have to fill a few minutes of time.

“Does he still play?”

That’s the thing with Seiver. The man’s like a phantom. I don’t travel the world like I used to, but even if I did, I doubt I would see the man, and yet that live tournament money earner meter keeps ticking upwards.

Only nine people dead or alive have ever won more.

“I was so upset I didn’t get a bracelet,” Seiver told PokerNews after his defeat.

He didn’t ball his eyes out.

He didn’t climb on top of a chimney and start wailing like a gull.

To carve his 12th title into his notch, and secure his second bracelet, Seiver overcame a final table that included an in-form Anthony Zinno, Matt Glantz and bracelet winner Michael Moore.

Seiver eliminated Zinno to enter heads-up as a 2.3m v 3.4m dog against Matt Szymaszek, but he had all of the experience. Early doors, the action was all Seiver. Szymaszek took over for one hand. Seiver snatched back the lead and didn’t let go.

And what does Seiver think about all of the money?

“I feel I like to be judged by what my peers think of me more than my actual results,” Seiver told PokerNews.

I think he has a few fans.

In the poker world, and in the animal world.

Have you ever read one of those articles where the writer asks the poker player what their dream Sit n Go would be?

Couden has been bang on form this year. The young man finished fourth in the WPT Showdown Championship Event at the Borgata this Spring for $251,523 and thus far has won $611k in 2018, his best haul ever.

His victory in Event #53: $1,500 Pot-Limit Omaha Hi-Lo 8 or Better was his eighth cash of the summer, and his sixth career victory, and he beat so many legends to take it down.

Couden went through the likes of Eli Elezra, Mike Matusow, Daniel Negreanu and Bruno Fitoussi. Men who helped put poker on the map, and who together, hold 13 bracelets.

Couden must have been uber-confident when he began his heads-up battle with Fitoussi. Not only was the Frenchman’s hair getting in his eyes so he couldn’t see his cards, but Couden had a 5.2m v 1.8m chip lead, and the former Aviation Club de France (ACF) owner didn’t get a look in.

141 players received enough money to buy a pint of snakebite in this one including bracelet winners Nathan Gamble (10th), Bryce Yockey (11th) and Quinn Do (15th). 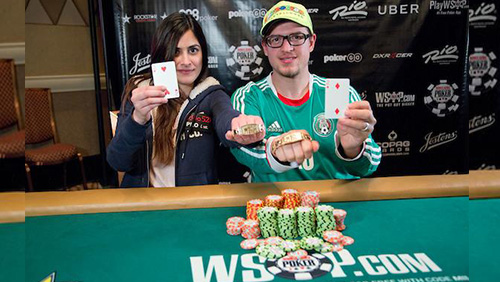 We end this little triumvirate of bracelet wins with a sweet story in Event #55: $1,000 Tag Team No-Limit Hold’em.

In a beautiful example of ‘you don’t get if you don’t ask,’ Nikita Luther teamed up with Giuseppe Pantaleo in the $1,000 Tag Team event after sending him a tweet asking him if he wanted a partner?

The pair barely knew each other, having played together once, but Pantaleo saw enough promise to nod his virtual Twitter head. 1,032 teams entered the event, a new record. Pantaleo took the controls most of the time as Luther was multi-tabling the $3,000 No-Limit Hold’em event, finishing 17th.

Luther’s involvement means that for the second successive year a player from India has won the event. Last year, the team of Aditya Sushant and Nipun Java beat 843 teams to win India’s first bracelets.