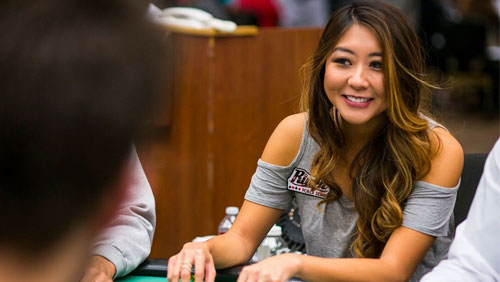 The Women in Poker Hall of Fame (WiPHoF) saw 11 women nominated for induction this year, but in the end only two would be selected. Maria Ho and Lupe Soto were chosen to be part of the WiPHoF and will join 17 other women who have been that have been inducted since the organization’s founding in 2008.

For anyone who follows poker, Maria Ho shouldn’t need much of an introduction. First arriving on the poker scene a decade ago, this was her first year as an eligible candidate. Ho is well known for her poker ability, as well as for being a TV personality, a tournament host and a poker ambassador. The Taiwan-born star has also appeared on The Amazing Race, American Idol and Anderson Cooper 360. She is the 10th highest ranked female poker player, according to Hendon Mob, and has pocketed over $2.7 million in live action. Ho is also ranked fourth in the Global Poker Index’s female poker standings.

To many, the induction of the second female, Lupe Soto, shouldn’t come as much of a surprise, either. Soto founded the organization of which she will now be a part and has dedicated the past 10 years of her life to promoting greater female participation in poker. Soto was also responsible for starting the first women’s online poker forum in 2002, and for launching the Ladies International Poker Series (LIPS) in 2004. She’s the founder and executive director of the Women’s Poker Association and the CEO of the Senior Poker Tour.

The pair will officially be inducted to the WiPHoF during the organization’s Luncheon and Celebration, which will be held on June 26 at the Orleans Casino in Las Vegas. The gala is sponsored by PokerStars, the Stars Group’s Helping Hands charity, 888poker and Card Player Cruises. The event is open to the public and is set to kick off at 11 a.m. A percentage of the proceeds from the luncheon will benefit WiPHoF’s Poker Gives, a charity dedicated to homeless veterans and military families.