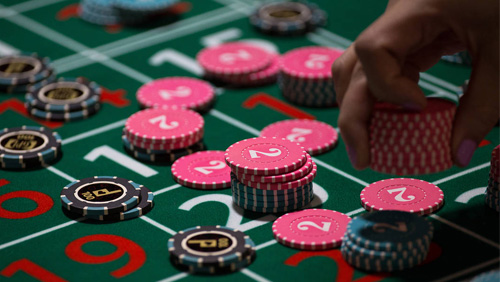 Casino gross gaming revenue (GGR) in Macau grew at a moderate pace in June, much to the disappointment of gaming analysts.

Financial records showed that Macau casino GGR grew by 12.5 percent to approximately MOP22.49 billion (US$2.81 billion) last month compared with MOP19.99 billion ($2.49 billion) in June 2017. The result was lower than the analysts’ consensus of 18 percent.

Gaming analysts attributed several factors behind the GGR slowdown in the last two months after a having stellar runs in April and March 2018, with international brokerage Union Gaming noting that business volumes across Macau fizzled in the last week of June.

Union Gaming added that Macau continues to bear the brunt of the World Cup, with some gamblers opting to postpone their trips to Macau.

The month of June was also considered one of the toughest comps of the year. Union Gaming analyst Grant Govertsen pointed out that “June still grew 12.5 per cent on top of a nearly +26 per cent comparison.”

“Without truly feeling the benefit of the newest supply and against a tough comp, we think the market is demonstrating its resilience with GDP+++ growth and would look for a rebound in growth rates as comps ease and as new supply begins to ramp more closely in line with historical trends later this year,” Govertsen said in his latest industry update.

Union Gaming forecast that Macau GGR’s weakness would continue in July, which faces the toughest comparison of the year after growing 29.2 percent in July 2017, as well as an unfavorable calendar with one fewer Sunday.