Home / Casino / Morgan Stanley: Macau GGR on track for a rebound in June 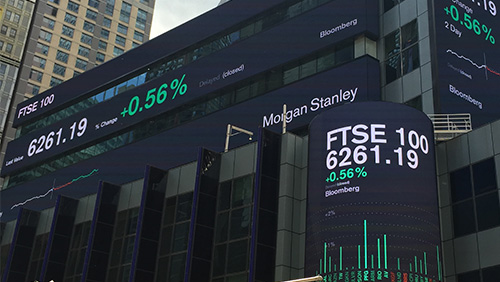 Macau may have found its footing this month after tripping on a lower gross gaming revenue (GGR) in May, according to the latest Morgan Stanley note.

The May GGR slowdown was attributed to the fall in mass market numbers, which was partially due to the mid-month mainland police busts of currency exchange shops at the Gongbei border. The market may have also taken a breather after 22 months of growth.

Fortunately, Macau’s GGR weakness in May appears to have been only temporary.

Citing a Morgan Stanley report, Asia Gaming Brief reported that Macau’s GGR is on track to grow 20 percent in June due to an improved mass market.

Macau’s Statistics and Census Service data showed that total visitor arrivals for this month were up 5.2 percent to 2.7 million. The bulk of tourists came from mainland China, which saw 8.3 percent growth, according to the statistics.

The increase was mainly driven by the opening of Melco Resorts & Entertainment’s Morpheus Hotel and the Dragon Boat festival, according to the brokerage firm.

The international financial institution believes that the strength of mass market will continue through August.

Morgan Stanley’s view reflects the other sentiments of several industry analysts who are betting that Macau casinos will see a mass-market uptick this month. Earlier this month, JP Morgan said Macau gross gaming revenue (GGR) for the first 10 days of June was estimated at around $105.16 million per day, better than May’s $101.7 million per day.