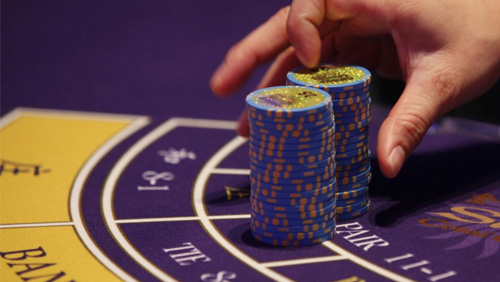 Gross gaming revenue of Macau casinos slowed to 12.1 percent in May after having a stellar April result, according to Macau’s Gaming Inspection and Coordination Bureau.

Financial records showed that Macau casinos raked in MOP25.49 billion (US$3.15 billion) in May, higher than the MOP22.74 billion ($2.82 billion) it registered during the same period last year. However, May’s year-on-year growth was lower than the 27.6 percent it posted in April.

The May results were also much lower than the 16 percent to 17 percent average growth estimates of brokerage firms and gambling analysts. The latest figures brought Macau’s five-month casino GGR tally to nearly MOP127.73 billion ($15.83 billion), a year-on-year expansion of 20.1 percent.

International brokerage Union Gaming reported that the May GGR slowdown was triggered by a fall in mass market numbers, which was partially due to the mid-month mainland police busts of currency exchange shops at the Gongbei border. The market may also simply be taking a breather after 22 months of growth.

As for the VIP segment, Union Gaming said it likely grew in the mid/high teens in May. The brokerage revised its Macau Q2 GGR outlook to 18 percent from 20 percent, on the expectation that June’s result will grow 15 percent.

“It is also important to keep in mind that there could have been no external factors that affected the deceleration relative to consensus… Simply put, the conversations we’ve had in recent days and weeks with the Macau Big 6 suggest continued bullishness,” Union Gaming analyst Grant Govertsen said in a note.

“Fitch’s positive view on Macau is supported by an expanding middle class in China and infrastructure development in and around Macau,” Fitch analysts Alex Bumazhny and Colin Mansfield said.

The analysts also weighed in on Macau’s eventual refreshment of Macau’s existing gaming concessions. Fitch said “[The] upcoming concession renewals will be a pragmatic process as the [Macau] government values stability in the marketplace.”