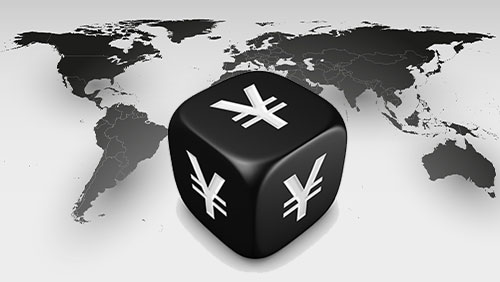 As Japan gears up to legalize casino construction in the country, there are a number of loose ends that are starting to be identified. One in particular revolves around tax obligations on winnings, and it’s possible that taxes owed will be geo-discriminatory, Asahi Shimbun reported.

Japanese regulators feel that profits generated from gambling should be considered “occasional income,” according to the report. This would make the profits subject to tax regulations, and some indications are that citizens of countries such as China and India would be obligated to pay income tax on the winnings, while those of other countries, like South Korea and the U.S., would be off the hook for the taxes.

Japan currently has tax treaties with 123 states and regions. The train of thought is that foreign tourists gambling in Japan’s casinos would be held to the stipulations of those treaties. The National Tax Agency indicates that the country’s treaties with the U.S., South Korea, European countries and members of the Organization for Economic Cooperation and Development (OECD) provide provisions that put the tax onus on the visitor in his or her home country.

Other treaties, like those signed with India, China and Singapore, authorize Japan to collect taxes on casino winnings. These individuals would be required to adhere to Japanese tax laws and would be held to the same legal tax framework as Japanese citizens.

As the National Diet extends its session ostensibly to approve casino bills, there still needs to be clarification on how the country will monitor the income, how it will collect it and even whether or not citizens of different countries need to be treated a certain way.

Japan also has to create policies on how to deter money laundering. There is an established correlation between casinos and money-laundering (AML) activities, and the country is exploring options to ensure that it maintains a clean image. Takeshi Nakamura, a lawyer who works closely on gambling and casino issues in the country, explained, “Effective anti-money-laundering measures, such as a system to carefully monitor customers’ every move to identify those who win or bet in unordinary manners, should be introduced.”

There are already a number of recommendations, from domestic and international bodies, being submitted to create AML policies. With the clock running down, there is still a lot of work to be done, but Japanese lawmakers have repeatedly shown themselves to be more than capable of working together to create efficient, sound legislative policies in a short amount of time.