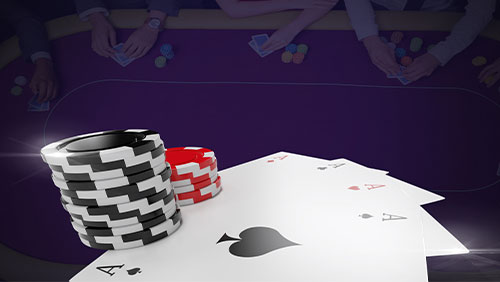 Triton Poker is heading to South Korea. From July 23 to August 1, Triton will hold a poker festival at the Jeju Landing Casino, featuring a variety of poker events to suit almost everyone’s preference. The series follows shortly after a successful run in Montenegro that attracted a number of high-profile players, including Jason Koon and Phil Ivey. Both have already confirmed that they will be on hand in South Korea.

During the festival, there will be two NLHE tournaments, as well as three ante-only short deck (SD) events. SD, or six-plus hold’em, is a variation of the world’s most popular poker style, but is played with all cards from two to five removed from the deck. The Ace is still high or low, meaning a player can have a straight of A-6-7-8-9 or 10-J-Q-K-A.

When acknowledging that he would be making the trip to South Korea, Koon said, “I have been good buddies with Paul [Phua] and Richard [Yong] for quite some time and love what they’re doing,” Koon told Poker News. “These guys don’t play around. They put on big events; big tournaments and they treat players well. I am excited to go to Jeju. Bianca and I intend to get over there, do some leisure things, and win a couple of tournaments.” Yong is the founder of Triton Poker and Phua is a Malaysian-Chinese businessman and poker player. He also regularly hosts high-stakes games in Macau.

Just like in Montenegro, all events will be live-streamed on Twitch. Lex Velduis and Randy Lew will provide the English commentary, while Chen An Lin will cover the Chinese version.

Yong founded Triton Poker three years ago after seeing a need for exclusive high-stakes games. Not only do the winners take home some hefty paydays, charities benefit, as well. Triton Poker has donated funds from all previous tournaments to organizations such as the Red Cross and Project Pink.

How Safe is Our Game Against Cheats? 5 Things We Could Do to Reduce Risk
Lee Davy
5 June 2015