Another round-up from the World Cup, this time from Group B with Portugal and Spain edging closer to a knockout berth with victories over Morocco and Iran respectively.

There was a moment during Portugal’s opening game with Spain when Pepe clashed with Diego Costa, and the commentator called them both ‘Titans.’ 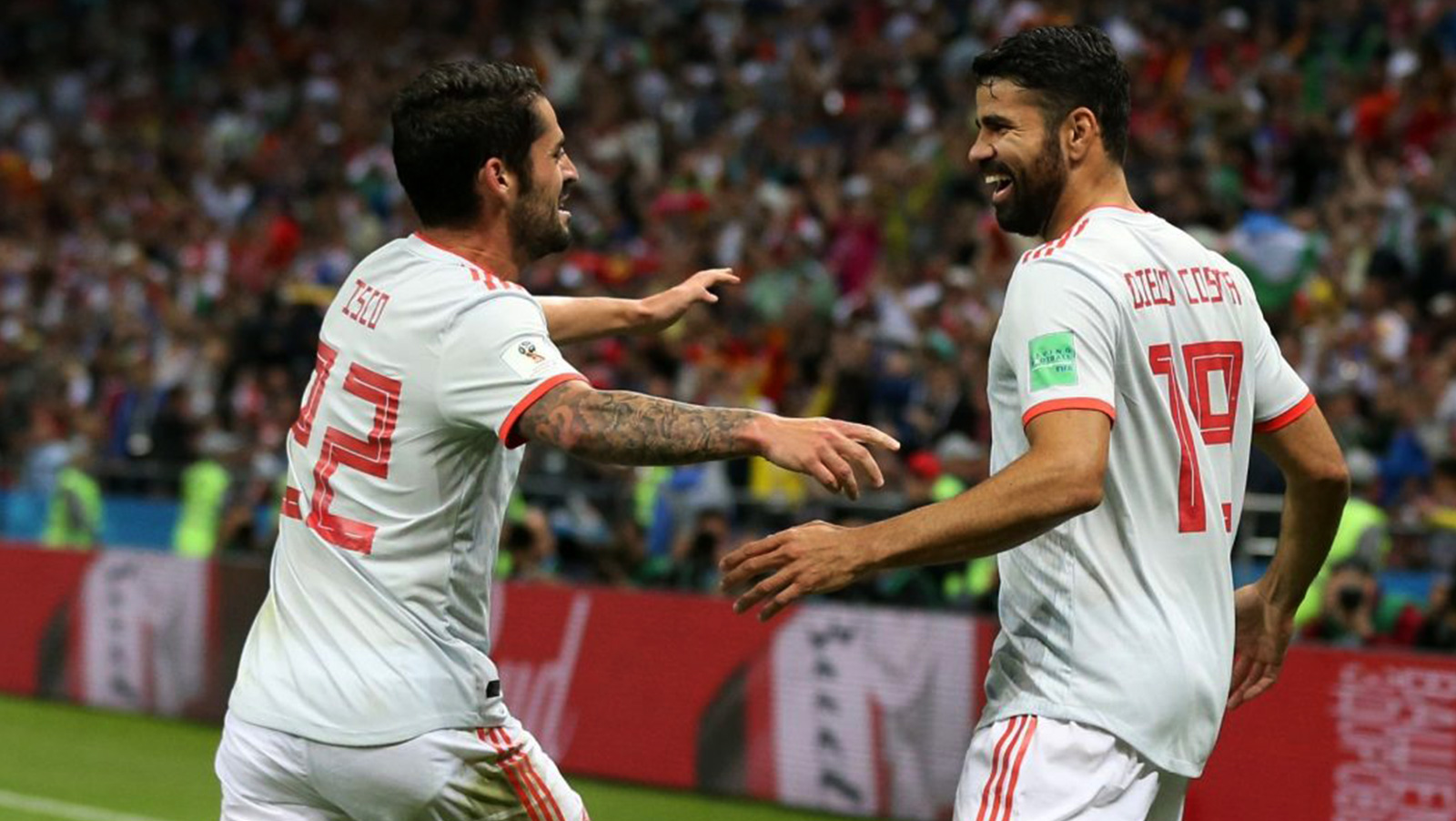 I remember thinking at the time, “Did he mean Tits?”

Portugal has beaten Morocco to put eight studs into the Round of 16 thanks to another goal from Cristiano Ronaldo. All the talk should be of the world’s greatest footballer, and instead, I feel compelled to talk about the man muppet – Pepe.

There was a time during Ronaldo’s tenure at Manchester United when Captain Keane had to have a word with the lad about his diving. Can you imagine Pepe sharing a room with the Irishman?

With time running out, Mehdi Banatia gave the Real Madrid centre-half a playful pat on the back, only for him to crumble to the floor as if shot by a cannon.

See Pepe is still a dick.

It’s high time we used VAR to ban a ‘dick’ like Pepe, and then ban him some more.

Pepe aside, Portugal did a job against a dangerous and industrious Moroccan side.

Ronaldo’s diving header in the fourth minute was enough to separate the two sides, despite an outstanding performance from Morocco’s bull-like winger Nordin Amrabat.

Controversy reigned over Amrabat’s inclusion after he lost 5-6 hours of time through a concussion sustained in the loss against Iran. FIFA guidelines recommend players suffering a concussion should take six days rest before playing again. Amrabat took his place on the pitch within five; I imagine Pepe would have taken the month off.

But not even an outstanding display from the man who lost his marbles could prevent Portugal from getting the win. Ronaldo was once again the hero having six of Portugal’s eight shots as well as scoring the winner, his 85th international goal, more than any other European in history.

The defeat means Morocco cannot make the Round of 16. A double blow after failing in their bid to host the 2026 World Cup in midweek. Senegal remains the only African Nation to win in the 2018 Group Stages thus far.

Spain earned a place at the top of Group B after a hard-earned win over Iran (albeit on disciplinary points). The stats may show that Spain had all the ball, and all of the shots (Iran didn’t have a shot on target), but it was a close game.

Diego Costa scored the only goal of the game (not that he knew too much about it after it deflected off his leg), but it was Iran who had the better chances without ever testing David De Gea. The only time the Iranians did get the ball in the back of the net, the referee disallowed it after VAR showed that Saeid Ezatolahi moved into an offside position in the build-up to his successful strike.

Spain needs a draw with Morocco on Monday to go through.

Portugal faces Iran in the final group game with a place in the knockout round at stake for both sides.

What Are The Odds?